Goa will fight for each drop of Mhadei water: CM 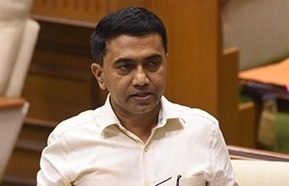 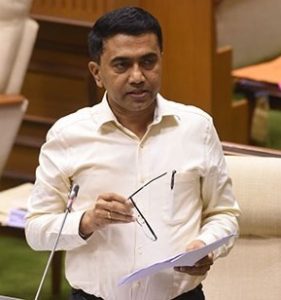 Goemkarponn desk
PANAJI: Reacting to the development of approval for Karnataka’s DPR for the Kalsa Bhandura dam, Chief Minister Dr Pramod Sawant said that despite the approval, the State cannot divert water.
“Despite the approval of DPR, Karnataka cannot divert the water of Mhadei River because, under the Wild Life Protection Act 1972, no water from Kalasa Rivulet can be diverted in any manner,” he said.
Sawant further added the State shall fight to the hilt for each drop of Mhadei water.
“We demand and request the central government to immediately constitute the Mahadayi Water Management Authority which would ensure that no water from Kalasa Rivulet is diverted illegally,” he stated.
He concluded by saying, “We assure that the Government of Goa is fully committed and dedicated to the cause of the Mhadei Basin and the people of Goa.”