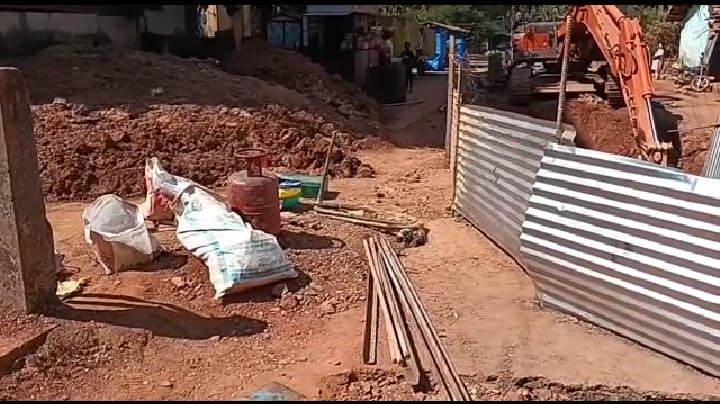 PONDA: GOACAN Convenor expressed concern that the work on Ponda 15 MLD STP is progressing in an unsafe manner.
He said the work is undertaken by the government through its SIDCGL corporation; however, while sitting at the Panjim office, the authorities appeared not bothered whether the work progressing in Ponda is unsafe.
He said the work has been progressing for six years.
The new huge sewage chambers are dug at Tisk-Ponda next to Government Administrative Building, barricaded without proper sign boards.
He also expressed concern over domestic LPG cylinders being used for undertaking sewage work, which is risky to passersby, including school children and senior citizens, and people visiting government buildings for office work.