Goans have sent out strong and clear message to Govt that they will not be suppressed: GA 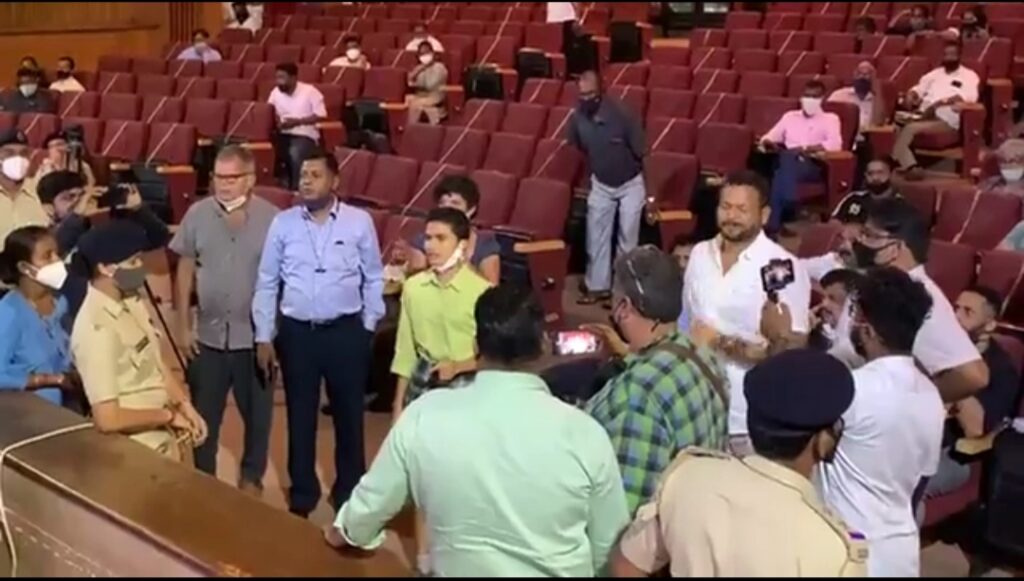 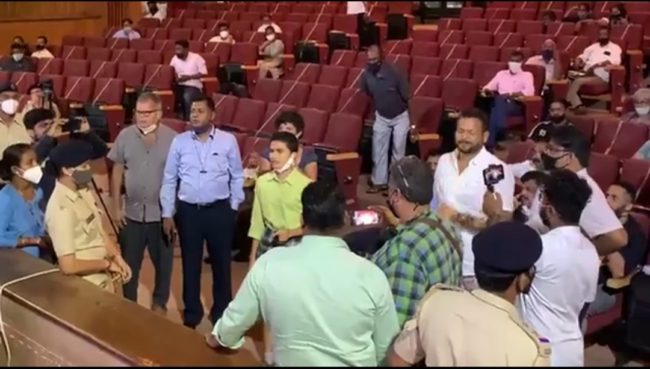 Panaji: Goencho Avaaz has said that the Goans have sent out a strong and clear message to the ruling dispensation that they will not be suppressed and that they will not stand by as mute spectators to watch the ruination and destruction of their motherland.

On Sunday, 7th March 2021, as Goans came together to express their anger and dismay at the shambolic, farcical and deliberately chaotic modus operandi of the GCZMA and the Goa government, in conducting the CZMP public hearing. Demonstrating zero concern for the model code of conduct, public money was irresponsibly squandered on the shoddily conducted CZMP public hearing that was riddled in shocking illegalities, and by error or design failed to reflect the existing ground realities.

Goencho Avaaz said that instead of working to protect the interests of Goa and its people, particularly those that make a living off the land and sea, the government brazenly showcased its blind and unwavering allegiance to its political bosses ensconced in Delhi, who have time and again proved that they are out to destroy Goa.

“From start to finish, the entire process was mired in a web of inaccuracies and grave blunders, which the GCZMA and the Goa government mistakenly believed that they would get away with by using an inordinately large police force to intimidate the people and bar their entry to the “private” public hearing,” GA said.

Thus, it added, stakeholders who were most affected by the GCZMP from the coastal areas and fishing villages were left voiceless and standing outside the venue.

“In fact the disregard and disrespect of the Government and the GCZMA for the people’s time and effort and established laws and procedures was clearly evident in the manner in which the venue of the North Goa hearing was abruptly changed from Taleigao Community Hall to Kala Academy just 3 days before the scheduled date without the requisite 15 days’ notice. But the insults to the people began right from 2019, when meticulously prepared plans by the Municipal Councils and Village Panchayats as directed by the State Government, were inexplicably not incorporated into the Draft CZMP placed in the public domain for inspection,” it said.

Goencho Avaaz questioned what was the hidden agenda behind the GCZMA blatantly violating guidelines and marking non-related port limits and aquaculture even as it failed to demarcate existing water bodies and fishing villages?

“This, as they are well aware, is in contravention of the CRZ notification. Hence, the question needs to be asked – is the government paving the way for the privatization of MPT whereby avaricious corporates will be able to wield greater control and call the shots? Just recently, Adani Ports acquired Gangavaram port in Andhra Pradesh. Is MPT being set up to meet a similar fate? Goa, a tiny state with 105 kms of coastline, needs to be protected at all costs,” it said.

GA said the CZMP is particularly important to conserve the coastal belt, the livelihood of fishermen, Goa’s tourism economy and the rights and welfare other local communities, whose very existence hinges on the creation of a viable plan.

”It is evident that the government was determined to hurry through this process, given their cavalier attitude and uncompromising stance. Showcasing utter contempt and a total lack of care for its own people, the government attempted to pull every trick in the book to run roughshod over the community and suppress the voices of Goans,” it said.

GA said the people weren’t even given the mandatory 60 days to peruse the plan, as specified in the Environment Protection Rules, 1986. Instead, running true to form and working to fulfil their own surreptitious agenda, the government is compelling people to share feedback in just 30 days.

“Fortunately, none of these tactics seems to be working, as Goans came out in droves to demonstrate their disenchantment and discontent with the shoddy and ill conceived document being passed off as the draft CZMP,” it said.

Goencho Avaaz hails the people of Goa for putting up a united front and for making their voices count. Exemplary unity was on display as participants who were permitted into the halls, refused to speak unless their fellow Goans who were barred outside were allowed entry.

Goencho Avaaz strongly urges the government to consult with all the relevant stakeholders so that a plan can be created that is truly for the benefit and well-being of Goa and Goans.

“For this to happen, it is imperative that the hearings be conducted at the panchayat and local levels so that more villagers and citizens can share their objections and submit their ideas and thoughts, making the process truly participative and collaborative,” it says.

As a party, Goencho Avaaz said it believes in sustainable development and the preservation of our traditional occupations, Goa’s tourism economy and the rights of coastal dwellers.

The BJP on the other hand, consistently demonstrates that their governance model is geared towards filling the coffers of a few capitalist friends even if it means sacrificing the futures and livelihoods of 15 lac Goenkars. Hence, although the State Environment Department has stated that it will accept suggestions until March 15th, 2021, Goencho Avaaz remains steadfast in its stance that it is imperative that another public hearing be held – one that maintains all protocols and guidelines. And this is non-negotiable.