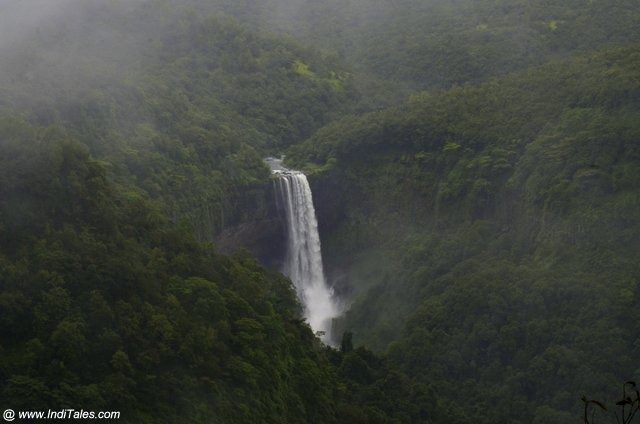 Goemkarponn desk
VALPOI: The plan of converting Surla village into a hill station has already been initiated. The project is currently in the planning stage, practical implementation of which will start within the next two to three months, informed Poriem MLA Deviya Rane.
Speaking to the media persons, Rane said they have received ample complaints from the locals during monsoon season about tourists littering, ogling and causing a nuisance at the waterfall and its surrounding area.
“We are planning the initiative of eco-tourism to impose restrictions on misdemeanours and promote hinterland tourism,” she said.
Rane added, “they are also planning to take up an eco-tourism project in the area owned by the forest corporation at Bhuipal-Sattari.”
“This will help promote hinterland tourism more sustainably. Initially, we plan to take up a pilot project at Bhuipal and Pali waterfalls. This step will help to implement the mega project on a small-scale and will help check the viability of a proposed eco-touristic project at Surla”, she said.
Further, Rane said the plan is to build eco-friendly cottages at Surla and try to project it as an artistic village where locals/community people can showcase their art or craftsmanship. This step will generate revenue for villagers.
“We are planning to create a close circuit of eco-touristic activities by considering the waterfalls such as Nagargao, Usne, Maloli, and Pali, which are in and around the major touristic destination, the proposed hill station Surla,” said Rane.
Rane, also spoke about her plan to add a few wildlife-related activities.
She said, “activities such as trekking, bird watching, safari, and nature trails can also be incorporated at the site of the proposed hill station”.
Sattari has a lot many hidden spots to explore. This place is more famous for its pristine waterfalls, said Aniket Patil, a nature lover from Honda.
“People across the State visit the spots but fail to maintain the cleanliness. Some tourists cook or get packets of food and crates of alcohol from outside and tend to throw empty bottles and food packets within the vicinity of the waterfall. This not only poses a threat to the natural beauty and also gives rise to water-borne diseases”, he said.
Welcoming the initiative of local MLA about sustainably promoting hinterland tourism, Patil said this step will not just help boost tourism but will also pass a strong message on the importance of sustainable tourism.
According to Maruti Ammgolkar, local tourists are responsible for creating a mess in the area surrounding waterfalls. “Efforts to make Pali, Bhuipal and Surla waterfall an eco-touristic spot will help create awareness among people”.
In a few villages with hidden spots or waterfalls, the villagers ban entry to tourists citing the reason for messy tourists. Instead of prohibiting entry, proper checks, maintaining dustbins at the site, educating people through tools such as social media can be an effective solution to boost eco-tourism, said Ammgolkar.