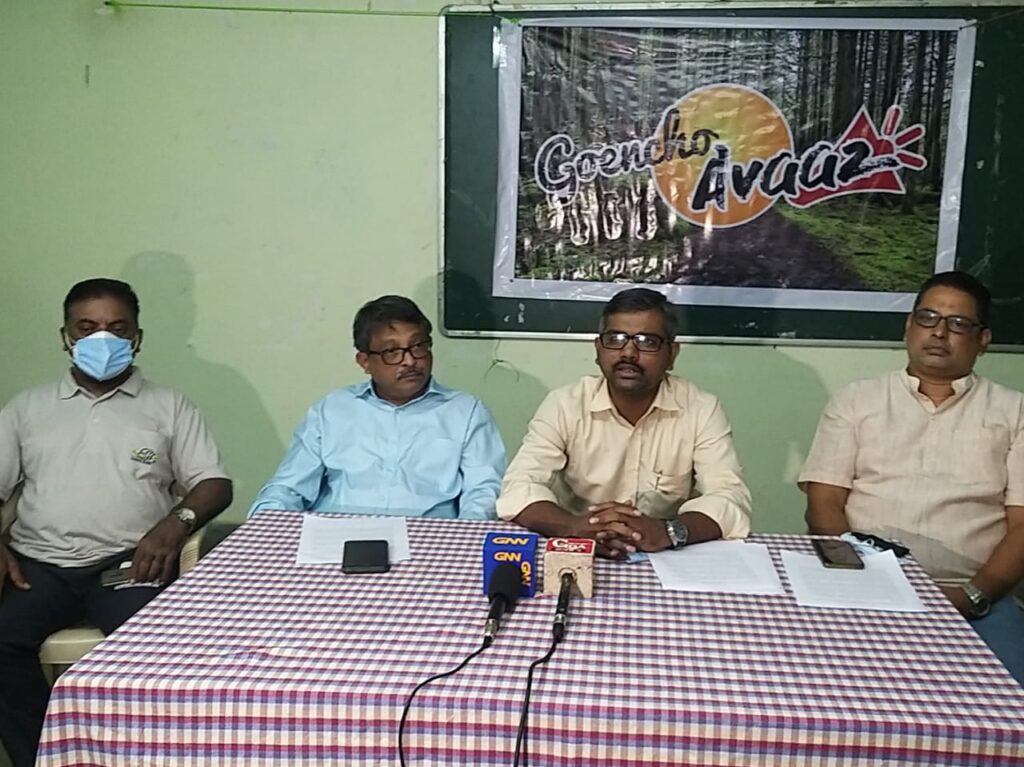 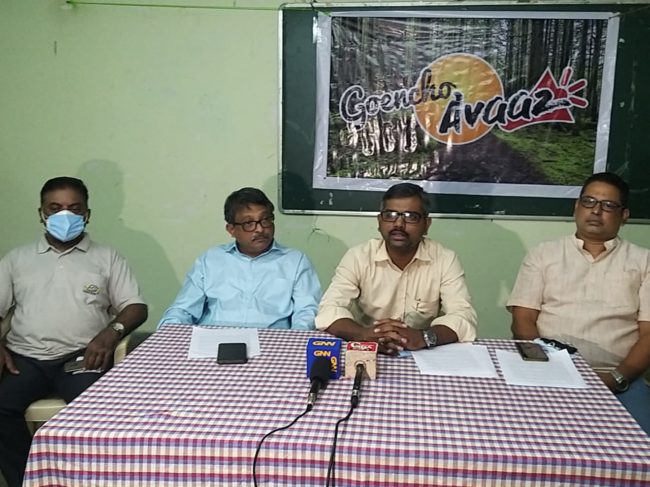 Panaji: Goencho Avaaz Party placed the onus firmly on the shoulders of the PWD and the government of Goa for violating their responsibility to provide the people of Goa with good roads. At a press conference held today, it was pointed out that the pitiable state of the roads points to gross mismanagement and a waste of taxpayer money.
Swapnesh Sherlekar, President of Goencho Avaaz Party said: ‘It is the relevant PWD officials who are responsible for monitoring the quality of materials used and the workmanship. Hence, they need to be held accountable for the alarming deterioration in the state of the roads. It is high time that we need to question the government and PWD on their utter incompetence when it comes to managing Goa’s roads.’’
‘’Today, we need answers from the PWD. What does PWD do with the money that it recovers from various agencies for the restoration of roads? This is from agencies or companies who carry out digging work for other services and suitably compensate the PWD to make up for the damage caused to the roads. Why isn’t the PWD spending that money to carry out the repair work? ’’concluded Sherlekar.
Santosh Tari, Core Group member of Goencho Avaaz Party said: ‘’The shoddy state of the highways and village roads are not only causing tremendous inconvenience to commuters but are also damaging vehicles. Injuries like lower back pain, cervical spine pain, and even whiplash injury are exceedingly common ailments that afflict two-wheeler motorists due to bad roads and potholes. Every vehicle owner is compelled to pay road tax, but yet there is no responsibility on the government to provide decent roads. This is yet another failure of the ruling dispensation.’’
Executive Member Arturo D’Souza said: ‘’Why do roads in Goa deteriorate so quickly? Does the PWD check the quality of work conducted by the impaneled contractors? The PWD needs to let the people know why we constantly have to put up with pot-hole-ridden roads that are extremely dangerous for commuters. Even the Atal Setu bridge, barely two years after being opened for vehicular traffic, is renowned for potholes which keep resurfacing even after being fixed.’’