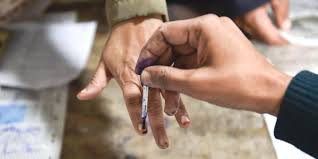 Panaji: With indications that the elections to 11 municipalities and Corporation of City of Panaji could be held in March end, the Director of Urban Development/ Municipal Administration has announced the reservation of wards for the ensuing polls.

The notice issued by the director states, “In exercise of the powers under sub-section (I) of section 9 read with sub-section (I) of section 10 of the Goa Municipalities Act, 1968, I Gurudas P. Pilarnkar, Director of Urban Development/ Municipal Administration hereby determine that seats shall be reserved for women, Scheduled Castes, Scheduled Tribes, & Other Backward Classes   in different wards, of Municipal Councils for purpose of ensuing Municipal elections.”

Following are the ward reservations:

The state election commission (SEC) has proposed that municipal elections in the state should be held in the last week of March. A senior officer said that the final decision will be taken in consultation with the state government.

Elections to 11 municipalities, except Ponda and Sakhali, and the Corporation of the City of Panaji (CCP) are now likely to be held along with by-elections to village panchayats and ZPs.

The SEC has moved a file to the state government and is waiting for discussions to announce the date.

A senior BJP functionary said that they are in favour of holding municipal polls mid March.