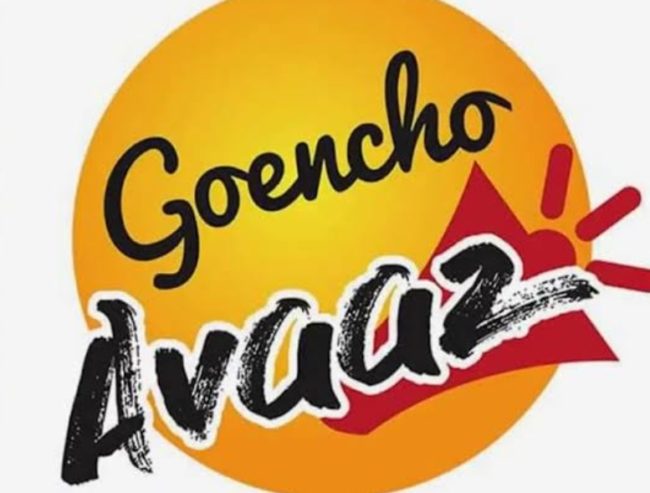 Panaji:Even as Goa reels under multiple assaults due to a government that refuses to heed the voices of its people, the State’s reputation as a den of debauchery and sleaze was further reinforced by the establishment of a so called “sexual wellness” store, located unsurprisingly in Michael Lobo’s constituency of Calangute. In fact, the launch of this new sexual wellness store, completes and complements the sexual trade business that is allegedly being openly supported and conducted by the MLA.

In this, a clear and shocking message has been sent to Goans that their State government continues to consider Goa and Goans as purveyors of sleaze and debauchery. Displaying a total lack of concern for the well-being of local residents, young children and future generations, Michael Lobo and his government are on a mission to destroy the ethos of the state and make Goa a hub of perversion and cheap thrills.

We at Goencho Avaaz Party, vociferously condemn the inexplicable setting up of a sexual wellness store in Goa. From casinos to drugs and now sexual wellness stores, this government is selling Goa to the highest bidder. It is devastating to see how Goa is being demeaned and degraded by marketing it as a sordid and disreputable tourism destination where anything and everything goes. The government seems to be determined to create a reputation for Goa that can rival the likes of places like Pattaya, which goes against the culture, ethos and vision of most Goans and is a dichotomy to what Goa stands for and represents.

We are echoing the sentiments of most right thinking Goans who say that the time has come to rescue Goa from being a cess-pit of depravity, sleaze and debauchery. We believe that the time has come for Goa to re-invent its tourism model. The state needs to cater to a more discerning tourist that can appreciate its natural beauty. Our motherland is not up for sale as a hedonist den of pleasure where tourists can indulge their perversions through gambling, drugs, prostitution and other sleazy pursuits.

Calangute locals and Goans at large, have no desire or need for a sexual wellness shop in their village. Already the Calangute belt has been turned into an unbearable living hell-hole for residents and an alleged den of iniquity and crime. Sadly, this doesn’t seem to concern the Calangute MLA, who seems to be indifferent to the wellbeing or wishes of his constituents and the ravages being inflicted on his constituency.

We demand to know what direct benefits this sexual wellness shop will bring for Goa and the Goan people? On the contrary, it will bring to the fore a surfeit of ancillary problems such as an adverse impact on the social fabric, worsening living conditions for locals, corruption of our younger generation, and serve as an attraction for the wrong kind of tourist by sending out a clear message to the world that Goa is a sleaze destination catering to all sorts of perversions.

The Goa government appears to be confused. On the one hand, they are promoting Goa to be a coal hub and on the other hand, they are granting permission to sexual wellness shops that will lure an even lower genre of tourists that we currently seem to attract. A clueless and callous government means that Goa is up for grabs by every opportunist and mercenary on the prowl.