Govt has not taken over Sanjivani Sugar Factory from Society: Ravi Naik 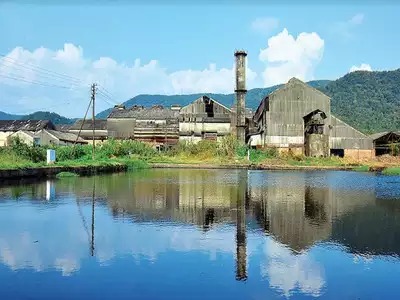 Goemkarponn desk
PORVORIM: Minister for Agriculture Ravi Naik informed that Government has not taken over the Sanjivani Sugar Factory from Society.
“Government has not taken over the Sanjivani Sugar Factory from the Society; There is no elected Board of Directors. Hence Government has appointed an Administrator to look after the affairs of the Society,” said Naik.
He further said that there is currently no Board of Directors, and there are 3565 shareholders of the factory, out of which 132 are societies, and 3433 are farmers.
“All the employees have been paid their salaries regularly from the funds released by Government even after the factory has become non-operational,” he added.
Naik informed that Government has provided financial assistance to farmers due to the non-operation of Sanjivani Sahakari Sakhar Karkhana.
The minister said that the state government is considering establishing Ethanol Production Plant with the assistance of G.O.I. Scheme. He said that the Detailed Project Report (D.P.R.) for the proposed Ethanol Production Plant has been obtained from Deccan Sugar Technologists Association ( DSTA), Pune and Govt. is considering establishing a 45 KLPD (Kilo litres per day) capacity plant of 700 TCD on P.P.P. mode.