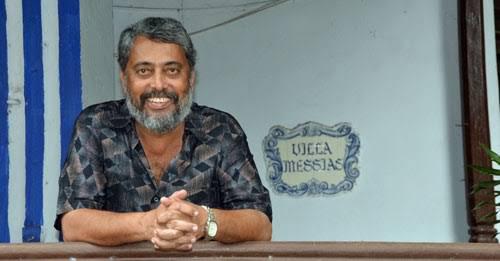 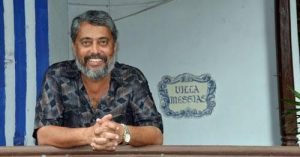 Goemkarponn desk
VASCO: Former president of the Travel and Tourism Association of Goa ( TTAG ) Savio Messias on Saturday said that the Government was playing a cruel joke on the international tourists visiting Goa.
Messias speaking to reporters, said that the political interference of MLAs would destroy the tourism sector in Goa
“This is not new, and the issues have been going on for years and getting worse in recent times where the taxi operators have taken the law into their hands and gone to the extent of assaulting a driver. The problem at the cruise terminal is going on for many years, and we have been trying to draw a solution for a long time now,” he said.
Messias said the Shipping ministry issued a guideline that the Government must open a counter which was opened for some time and gave it to a private player, and it keeps changing all the time.
“There is a political game being played at a hefty cost where the name of Goa is spoilt at national and international levels. The ships have just begun coming after covid, and the taxi drivers are assaulting the drivers of coaches and making high-end tourists suffer, who have paid for a holiday in Goa”, said Messias.
Messias added that the issue was happening at the port, hotels and even at the Airport
“We have had so many complaints that the taxi drivers are fleecing the tourists, and a police inspector once said in a meeting that a taxi driver has charged 1000 dollars for a trip from the port to the city bring a bad name. The ship captains have made several complaints that have fallen on deaf ears,” he stated.
He claimed that the cops would remain on the jetty for some days now, and again there would be issues.
“We even went to the court and installed meters, but the taxi drivers are not using them. The cruise liners have decided to stop coming to Goa, and this is the news worldwide,” said Messias.
He added, “We must have some system in place, and everyone has come forward to apologise, but what is the use now? They have called for meetings now, and they wil take a decision, and we will have another issue in the next six months, and this cycle will keep happening as it has been the case for so many years. A new MLA comes, and something new happens, and it gets changed with another new MLA coming into power, and this political interference has been the main issue. “
He said the Customers had the right to choose the mode of transport, whether by shuttle buses or coach taxis.
“Even at the airport, there is no discipline with one set of taxi drivers creating an issue for other taxi drivers. There are now reports at the national level that touts are robbing tourists and their bags in the name of offering a taxi. These things are happening only in Goa, where as there are no such issues anywhere else where there is discipline. The ships are going to Cochin port, where there are no issues. We have no political will to solve the problems, and we are playing politics everywhere at a huge cost on tourism,” said Messias