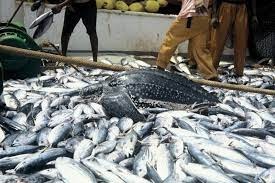 GRE stated that the fisheries department in 2016 and the central government in 2017 have banned bull trawling in the territorial waters and Indian Exclusive Zone(EEZ). However, today, more than a hundred Karnataka trawlers are operating within the territorial water of the state and continue to use these banned destructive gears without the fear of law or government of Goa. If this continues, there could be a law and order situation the State and only state government will be responsible for any untoward incident.

Olencio Simoes General Secretary has also demanded that the Malpe illegal boats should be impounded, and all the necessary strict action should be initiated against the owners who have repeatedly been violating all the rules.

Olencio has appealed the fisheries Minister Filipe Neri Rodrigues should immediately direct the fisheries department to strictly implement the law on banned gears and Malpe boats as if the violation continues, then it is certain that Goa which is 2nd state for export of fish, will head towards fish extinction of wild fisheries and soon Goa will join the hands of other countries like Norway, Denmark, Oman, New Zealand, Australia etc. where fisheries had come to a halt because of such destructive gears.

Goenchea Raponkarancho Ekvott has warned the department that if the Malphe boats are let free without taking strict action, the traditional fishermen will take law in hand next time.