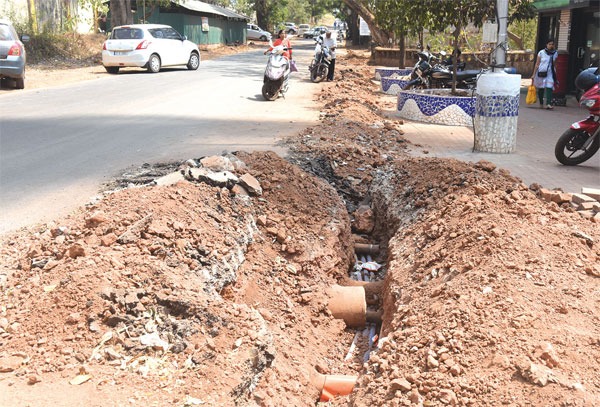 Goemkarponn desk
PANAJI: The Goa Traffic Police Cell said that it was pressurized by the Goa State Infrastructure Development Corporation (GSIDC) to allow roads to be dug up across various parts of the city.
The traffic cell has said that the North Goa Collector was misled over the issue of road excavation in the capital.
SP Traffic Bossuet Silva said, “GSIDC, despite our objections, dug up roads in the capital. Also, they wanted to take up work near the Ponda arm of Atal Setu; however, we were firm not to allow it. I am clearly stating that they pressurized us.”
He further said that when the joint inspection was carried out with stakeholders, the Collector was clear that permission for digging up roads should not be given till IFFI Goa and Feast of St Francis Xavier are concluded.
“The collector was firm that permission should not be given for the time being and could be granted after December 5,” he added.
SP Silva said that his department would ensure smooth flow of traffic during IFFI and Feast of St Francis Xavier.