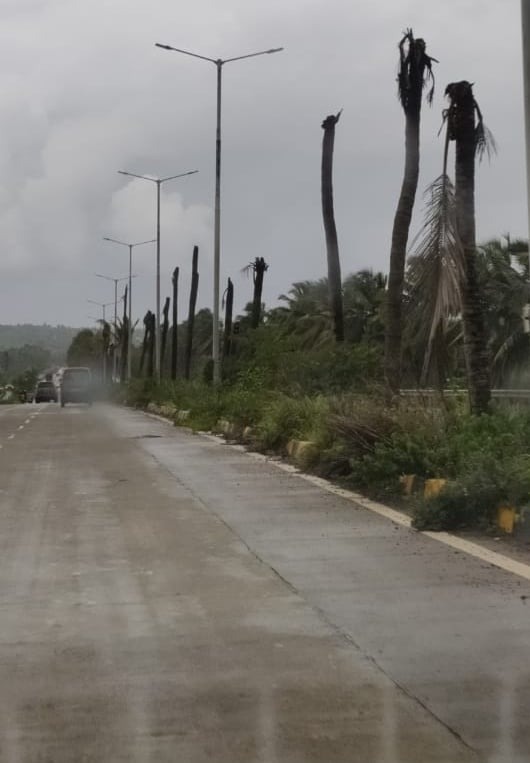 Goemkarponn desk
MAPUSA: The re-planted coconut trees on the Guirim flyover has, which were standing dangerously, have been finally removed by the National Highways following the directions of the Prime Minister’s office.
A concerned citizen Sanjay Raut had to write to the PMO after teh local authorities and the CMO failed to take action over the dangerous coconut trees. 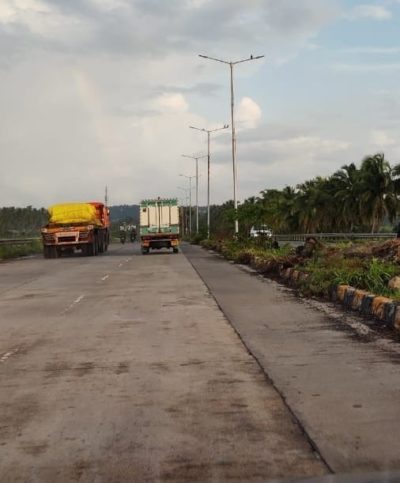 “Happy to note that PWD last week cut all these trees. This is how Goa administration and CMO work; they need to take lessons from PMO,” Sanjay Raut said.
He said that he wrote to the North Goa collector on email on 15th June 21 requesting to cut these re-planted 36 coconut trees on Guirim flyover, which were standing in this condition and can cause harm in monsoon to someone, especially two-wheeler riders.
“As there was no response, I wrote to the Chief Minister’s office on 19th June and then escalated to the governor’s office on 9th July 21. The way Goa administration works, never expected any response and not received from any of them as well….Collector or CMO or Governor office,” he said. He added, “finally submitted a grievance to Prime Minister Office on 16th July 21, who directed NHA to address the concern which in turn on 24th July 2021 directed PWD Div. XIV (NH) to take action and submit compliance.”