Have to check whether opposition is united: Vijai 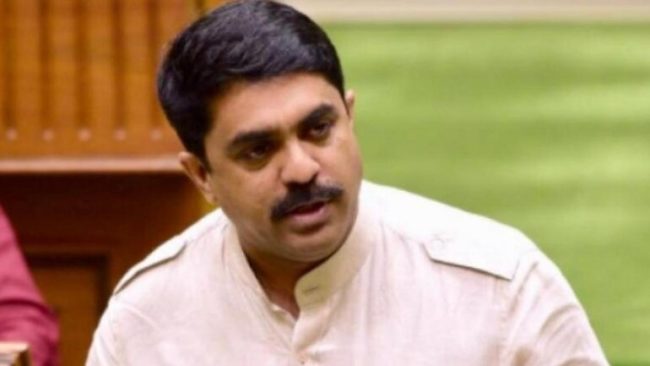 PORVORIM: Goa Forward Party (GFP) President Vijai Sardesai today has raised his doubts about whether the opposition is united or not.
“I am in the opposition, but I do not know whether the opposition is united or not; we will have to see that first. I do not know whether they are united or not,” said Sardesai.
He further said that there was no question to support the BJP in the election of the Speaker due to the reason that I am in the opposition and also that BJP never approached me for my support.
When asked whether he would join the BJP, Vijai sarcastically said, “I will sit with you (reporter) so that you can guide me.”
“Why do you all think that I will go somewhere? Why can’t I be wherever I am now?”” he questioned
Asked if he misread the situation, Vijai Sardesai said there was a strong anti-BJP sentiment. “”I had said, let’s bring all the opposition parties together.”
But the Congress felt that it was my weakness that I advocated for the alliance. The end result was a half-hearted alliance,”” he said.

Goemkarponn desk Gaurang Prabhu Malkarnekar MARGAO: The Navelim Zilla Parishad results has thrown out several questions over who will win the next 2022 Assembly polls ... Read More