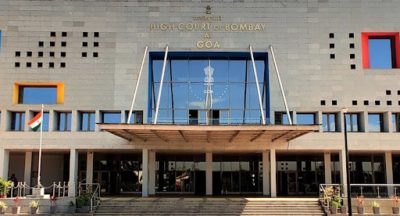 PANAJI: A division bench of the Bombay High Court at Goa comprising Justice Mahesh Sonak and Justice M.S. Jawalkar today stayed further work on the proposal of the PWD to construct a pucca road to replace the kaccha road from Collem to the Dudhsagar waterfalls through the Bhagwan Mahaveer National Park.
The Court permitted the Forest Department to carry out only the routine post-monsoon repairs for the past few years, but no further.
The Court has ruled that the project requires approval of the Standing Committee of the National Board of Wildlife in terms of the order of the Supreme Court dated 5.10.2015.
The PIL is now posted for final disposal in October.
The petitioner has stated that the road is illegal as it is being constructed without mandatory NOCs.
The petition has sought to quash and set aside any approvals, NOCs, and sanctions granted for constructing the road within the National Park’s boundaries and restoring the area altered by the work to its original condition.
Goa Foundation has filed PIL in the High Court of Bombay at Goa regarding the ongoing construction work of an all-weather road using concrete pavers within the Mollem National Park — from the main entrance of the Mollem National Park at Mollem up to the Dudhsagar waterfalls, via Collem.