HC to pass order in Nunes & other pleas on Monday 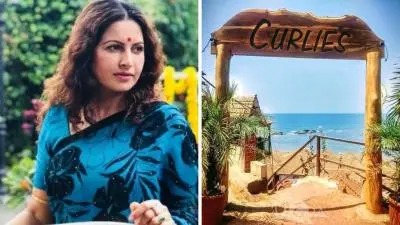 Goemkarponn desk
PANAJI: The High Court of Bombay at Goa on Monday will hear the Petition filed by the Goa government challenging order of the Mapusa JMFC Court to send Curlie’s owner Edwin Nunes into judicial custody.
High Court yesterday adjourned the Petition challenging the order of the Mapusa JMFC, sending Edwin Nunes, Rama Mandrekar and Dattaprasad Gaonkar into judicial custody.
The owner of Curlies, who allegedly provided drugs to the two murder accused held in the Sonali Phogat case, and a drug peddler was arrested by the Anjuna Police.
Presently Anjuna Police have sealed the first floor of Curlies in Anjuna, where Sonali Phogat and the accused were seen partying and where Phogat was allegedly forcibly given synthetic drugs.
Phogat was at the famous restaurant-cum-nightclub on Anjuna beach where she was forcibly made to drink “some obnoxious substance” mixed in water by Sangwan and Singh, the police said yesterday, citing security camera footage and alleged confessions.