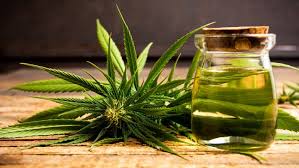 Panaji: After the bold statement by Goa Forward president Vijai Sardesai that Goa may be thinking of making villages swayampurna by allowing to grow marijuana, it has come to the fore that indeed the government intends to make cannabis cultivation legal for medicinal purpose.

Sources have revealed that the State may introduce a bill in the forthcoming Assembly to permit cannabis cultivation medicinal purposes.

The proposal to this effect has been moved by the Health department, headed by Vishwajit Rane.

Interestingly, the proposal has received the Law department nod.

However, the CM Pramod Sawant was non-committal on the issue saying state may not allow such a proposal.

“No decision has been taken on the proposal so far. I do not think we will allow cannabis cultivation in the state,” he said

He admitted that a few States have already allowed cannabis cultivation for medicinal purpose.

What is medical marijuana?

Medical marijuana uses the marijuana plant or chemicals in it to treat diseases or conditions. It’s basically the same product as recreational marijuana, but it’s taken for medical purposes.

The marijuana plant contains more than 100 different chemicals called cannabinoids. Each one has a different effect on the body. Delta-9-tetrahydrocannabinol (THC) and cannabidiol (CBD) are the main chemicals used in medicine. THC also produces the “high” people feel when they smoke marijuana or eat foods containing it.

What is medical marijuana used for?

Researchers are studying whether medical marijuana can help treat a number of conditions including:

But it’s not yet proven to help many of these conditions, with a few exceptions, Bonn-Miller says.

“The greatest amount of evidence for the therapeutic effects of cannabis relate to its ability to reduce chronic pain, nausea and vomiting due to chemotherapy, and spasticity [tight or stiff muscles] from MS,” Bonn-Miller says.

How does it help?

Cannabinoids — the active chemicals in medical marijuana — are similar to chemicals the body makes that are involved in appetite, memory, movement, and pain.