Hearing in Disqualification plea to start within fortnight: GLA Speaker 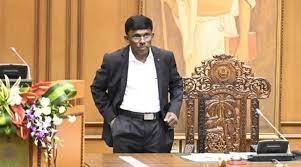