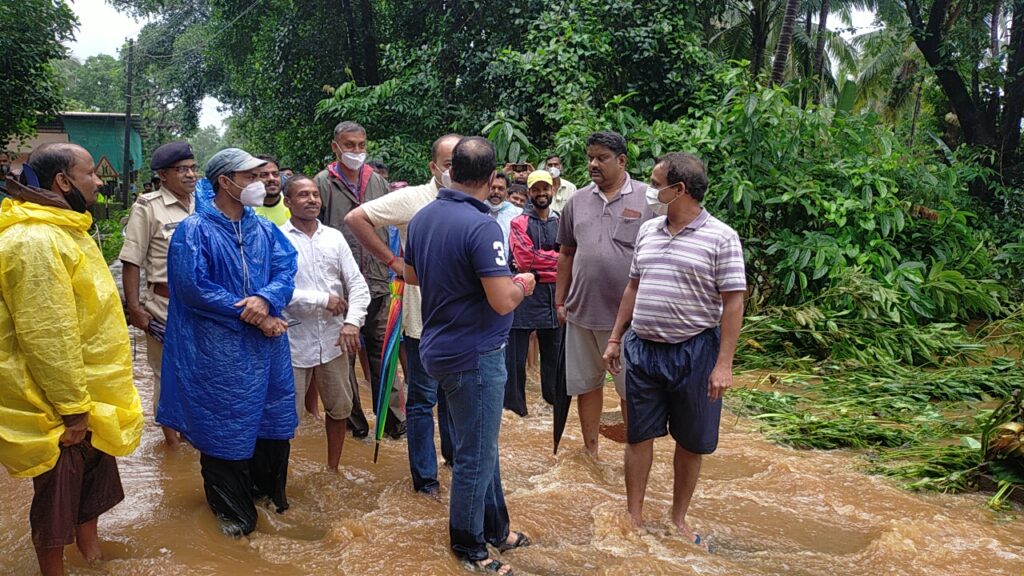 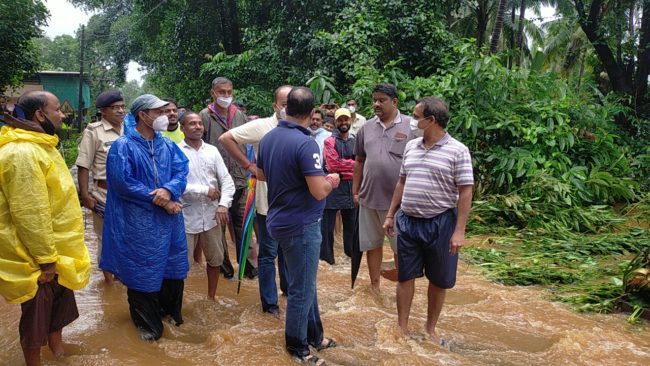 Heavy rains on Thursday night caused havoc in Sattari taluka report of at least one bridge collapse and water intrusion in many houses was reported.
Health Minister Vishwajit Rane visited the affected areas and inspected the overall situation. Similarly, Chief Minister Dr. Pramod Sawant for compensation for the damages.
According to the information received, about 15 families have been moved to safer places due to heavy flooding in the river at Savarshe.
Sources reveal water intrusion in about 15 houses in Khadki has caused a loss of lakhs of rupees.
Two houses collapsed on a Christian Wada in Valpoi municipal area, causing extensive damage. There are also reports of water infiltration in many houses in Velus area.
Due to the increase in the water level of the Mhadei river, water has started flowing from the Khadki bridge.
Due to the collapse of bridges in Pelavade, Paikul and Ghoteli areas, traffic in many villages has been disrupted.
Meanwhile, large-scale damage has been caused to agriculture.
Meanwhile, expressing his reaction in this regard, VMC chairperson Sehzin Sheikh said huge damage has been caused in the Valpoi municipal area.