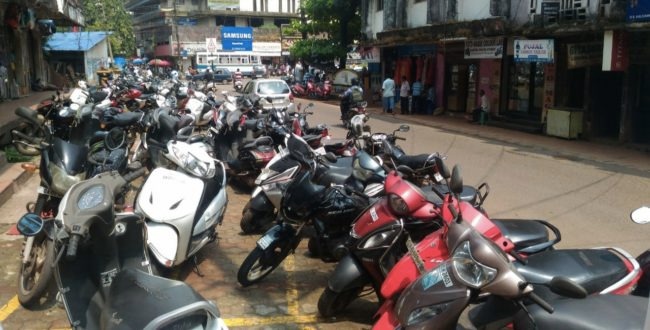 PONDA: People from Ponda want three significant issues to prioritise whoever comes to power – the Upgradation of Ponda Sub District Hospital, Solving parking problems and bringing employment-oriented industries in Ponda.
In the run-up to the 2022 Assembly Election, Ponda locals claim several problems, but they want politicians to solve their three main issues on a priority basis, haunting them for decades.
“The elections come and go, but the problems remain as it is. These three main demands include the up-gradation of the Ponda sub-district hospital, solving parking problems and bringing employment-oriented industries at Bethora industrial estate,” say locals.
According to Social activist  Viraj Sapre, the first demand of Pondaites is the up-gradation of Ponda Sub District Hospital.
He expressed surprise that this hospital has failed to provide major health facilities despite its renovation and reconstruction a decade ago.
He said it should be either converted into District Hospital or the facilities provided at Goa Medical College Hospital (GMC) should be provided here.
Sapre further said Ponda is at the centre of Goa, but despite this, the Ponda Sub District Hospital lacks main health facilities.
“We have to entirely rely on GMC hospital for getting health facilities. Even for a minor ailment, we are referred or shifted to GMC in the absence of Ponda Sub District hospital lacking main health facilities,” he stated.
He said that in the absence of CT scans, people have to go to private hospitals and spend thousands of dollars for their treatment.
The Ponda Sub District Hospital needs CT scan Machine, Blood bank, MRI machine, sufficient doctors.
He said various surgeries should be performed at this hospital so that people will get relief.
Several patients from neighbouring Dharbandora and other talukas visit this hospital for treatment but are forced to shift to GMC due to a lack of facilities.
Besides the health problems Pondaites face, another major problem is a parking problem. 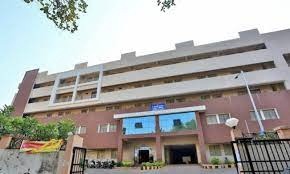 “One could get a flat in Ponda, but it is difficult to get a parking space in Ponda City, and one has to search a lot for parking for cars and bikes.  There are very few parking spaces, and those are scarce for parking vehicles,” he said.

Viraj said the Ponda Market Complex should be entirely operational so that street vendors can go and conduct business at the Market complex.
He cited an example that on the occasion of Diwali, a new car caught fire at Saint Anne’s Church upper Bazaar. However, the Fire tender could not reach at a spot on time as it was trapped in traffic jams due to the parking of vehicles at the roadside.
Similarly, Sapre said many unemployed youths are waiting for jobs, commenting on the unemployment issue. He said the Bethora Industrial Estate is close to Ponda City, however many units are non-functional, and the government has failed to bring new job oriented industries to provide employment to locals.
He said Pondaites need jobs, and for this, new industry or new Industrial Estate is needed.
Besides this, there is a need for a vision plan to revamp Ponda Constituency, which comprises of Ponda Municipality and Curti Khandepar Panchayat, by solving various problems such as providing better education, employment opportunities, better roads, improvement in water supply, to solve the traffic congestion problem, to create parking spaces and solve garbage problem with proper disposal system beside solving the sewerage system issues.
At Curti, there is a need to solve the crematorium issue with a proper shed.
At Deepanagar Curti, there is a slum area that needs proper education, jobs, infrastructure, and health facilities. There is a need for hot mix carpeting of roads at Curti and the internal wards of Ponda Municipality. There is a need of shifting scrap yards operating in Ponda and Curti Panchayat to safer places. There is also a need for better sports facilities at the Sports Complex at Curti.
As there is only the main market in City, it is often crowded, and so there is a need to create more markets in the surrounding of Ponda Taluka and Curti Panchayat to decongest the City.