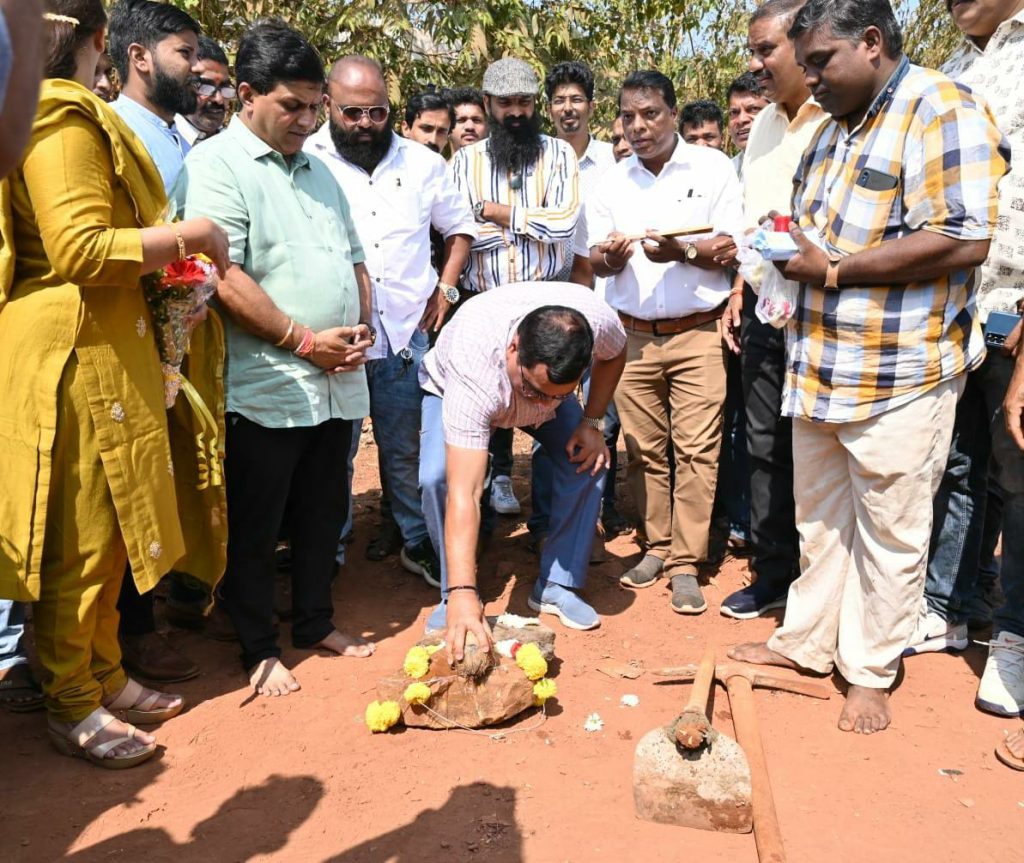 Goemkarponn desk
VASCO: The works on tarring of the internal road at Vasco Kadamba Bus stand were launched on Thursday afternoon at the hands of Transport Minister Mauvin Godinho in the presence of Vasco MLA Krishna Salkar, and other dignitaries including MMC Chairperson Leo Rodrigues, Chief Officer Jayant Tari and other Municipal councillors.
Speaking to the media after the inauguration, Transport Minister Mauvin Godinho assured to take the works on the Vasco bus stand on top priority through central funds.
“We have a huge bus stand here, but there have been many promises made in the past, but nothing has happened. However, since Krishna Salkar has become the MLA, things are changing, and there is development taking place because he has been following up regularly,” said Godinho.
He said this is for the first time now that we have launched the works to tar the internal roads of Vasco KTC Bus stand worth Rs 1.5 crores.
“The bus stand project has been pending for lack of funds, but the central transport minister Nitin Gadkari has assured me to take works on all 16 bus stands in Goa and make it world-class, of which Vasco, Panjim, Margao, Mapusa and Ponda will be taken in the first phase through central funds,” he said.
He added, “I want to assure Vascokars that the Vasco bus stand will be at par with an airport and world-class, and we will start the works soon. We will also get around 200 more electrical buses from the centre,” said Godinho.
Meanwhile, Salkar said that all facilities will be put in place till the new bus stand is built.
“People have faced inconvenience at this bus stand, and I immediately began the follow-up for the works on the new bus stand; in the meantime, we also proposed the tarring of the internal road at the Vasco bus stand. We will now get a world-class bus stand soon through the central funds with the help of union minister Nitin Gadkari and the support of Transport Minister Mauvin Godinho,” he said.