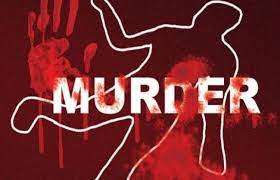 SAO JOSE DE AREAL: In a shocking incident reported at Sao Jose de Areal on Thursday evening, a man stabbed his wife to death with a knife.

Police have arrested the accused identified Gulshan kirti (34). According to Maina-Curtorim Police, the accused 30-year-old one Gulshan stabbed his 20-year-old wife Basanti Tirke in a rented room at Sao Jose de Areal and fled.

According to the information, Police said that both had fight as husband had doubt over his wife’s extra marital Affair with some other man yesterday evening they had hard verbal arrangements later the husband stabbed the wife and run away to his friends place with his 3 year child.

Maina courtorim police made panchnama and started there investigations and at late night arrested the husband from his friends place at sao joe the areal.

The husband was working on a stone quarry and had lost his one hand in a accident two years back.

Goemkaponn Desk PANAJI: The Supreme Court of India (SC) will hear Congress and MGP disqualification petition on April 22. The matter was fixed for April ... Read More

Innocent people are burnt on street while CM is busy reviving Marina, Coal, IIT projects against wishes of Goan’s: Girish

Panjim: When an innocent person is burnt alive on the road and girl is made to drink disinfectant by unruly elements, there cannot be any ... Read More

NEWER POSTWanted Murder Accused of Bihar arrested during proactive checking by PS Mapusa
OLDER POSTMining workers betrayed by BJP & Congress for years, AAP is the only solution to solve mining issue of Goa, I have decided to work with AAP: Puti Gaonkar