I had to resign to be true to my values & principles: Alina

Will focus on human development in forthcoming term, says Saldanha 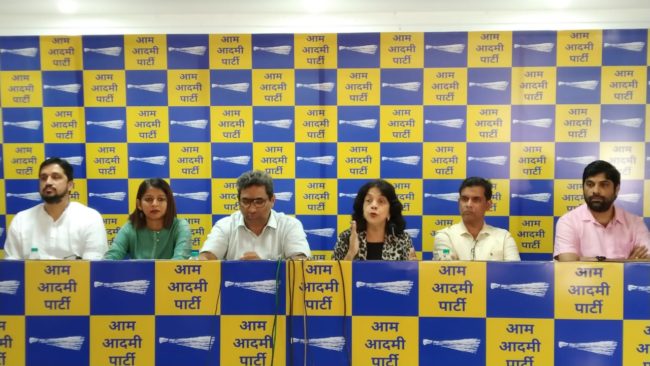 Goemkarponn desk
PANAJI: Former BJP MLA and present AAP Leader Alina Saldanha said that she had to resign as MLA and a member of the BJP to be true to her values and principles.
Saldanha also said she will focus on human development in the forthcoming term.
“All along, I was thinking that I will now focus on human development for the forthcoming term. My thoughts blend very well with the party I belong to now,” said Saldanha.
She further said that she had to resign as MLA and a member of BJP to be true to her values, principles and ideologies.
“I had to leave the BJP for numerous reasons. The party seems to have forgotten its principles, and that’s I joined the AAP, which works for the betterment of common people,” she added.
Saldanha speaking on three linear projects, said that such projects cannot be termed as developmental projects because these projects are anti-people.
“I felt it was my duty to stand by the people. I will do that till my last breath because that was what my husband would have done,” she added.
When asked about rumours of BJP not giving her ticket for upcoming elections and whether that was the reason to quit the BJP, she said that it is absolutely wrong and false.
“I am a hard-working MLA and worked for the benefit of the people,” she added.
Taking on Mauvin Godinho, she said that he has the habit of hallucinating and doesn’t know what he talks about.
“People hate him, and Mauvin Godinho should not forget that he lost from Cortalim constituency in 2002 and then ran away from the constituency: Alina Saldanha”, she added.

19 rescues in the last 48 hours from the sea, along the coast

~Foreigner assists in rescue at Mobor; group of 05 find themselves stranded on an island in Palolem; 01 missing child reunited with parents while 01 ... Read More

Tall claims of govt on COVID have fallen flat: Kamat

Margao: The tall claims on handling and management of Covid pandemic made by the Chief Minister Dr. Pramod Sawant and Health Minister Vishwajit Rane have ... Read More