I was never a part Nagoa, Parra, Arpora PDA’s: Lobo 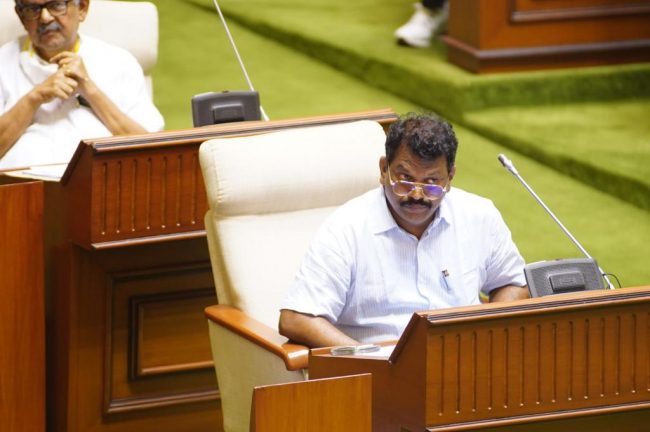 Goemkarponn deak
PORVORIM: Congress Calangute MLA Michael Lobo said that he was never a part of the PDA of Nagoa, Parra, or Arpora and the property in Parra was meant for the Institute of Hotel Management.
Lobo reacted after TCP Minister Vishwajit Rane tabled the report on illegalities in ODPs in the assembly.
“I was never a part of PDA for Arpora, Nagoa and Parra. The property in Parra was for Institute of Hotel Management for which gram sabha resolution was passed,” said Lobo.
He further said that nowhere my name has been mentioned in the report and that if the PDA wants it is free to revert the land back.

“There is nothing personal as we are not going to construct any building. We would have taken grants in aid from the government. I have no problem; government is free to revert it back,” he added.
Lobo said that he had no problem if any of the lands were reverted to their earlier zones.
“We have changed the zone of only one land, and we did that with the permission of the panchayat for a hotel management institution,” he said.