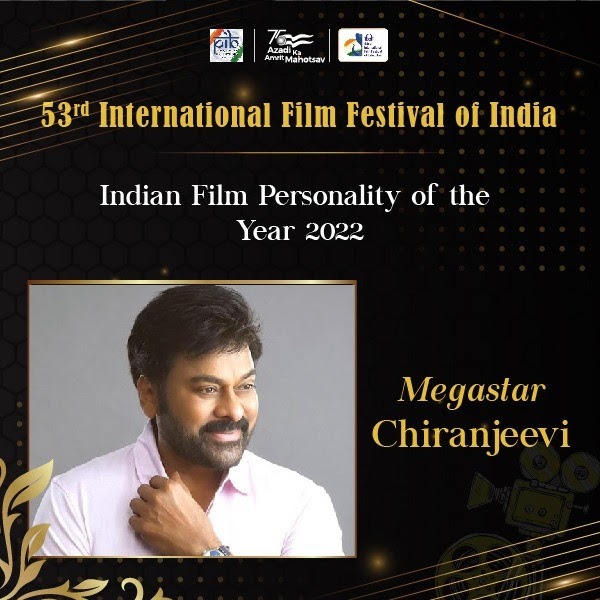 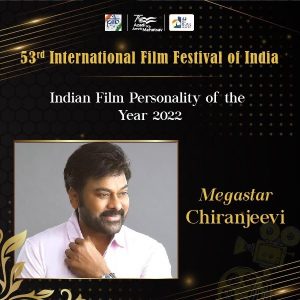 Goemkarponn desk
PANAJI: Chiranjeevi. Yes, the IFFI Indian Film Personality of the Year Award for 2022 goes to megastar and actor-producer Chiranjeevi Konidela. The announcement has been made by the Union Minister for Information and Broadcasting Anurag Singh Thakur, at the grand opening of the 53rd edition of IFFI, the International Film Festival of India, in Goa today.
In an illustrious film career spanning more than four decades, Chiranjeevi starred in more than 150 feature films in Telugu, as well as some films in Hindi, Tamil and Kannada. He is regarded as one of the most successful and influential actors of Telugu cinema.
He captured the imagination of the masses with his performance in Initlo Ramayya Veedilo Krishnayya in 1982. He is admired for his zestful dance performances and fight sequences brimming with power. His influence has claimed him the title of a Megastar!
In 2006, he was honoured with the Padma Bhushan, India’s third-highest civilian award, for his contributions to Indian cinema.
The award has been announced by the Union Information and Broadcasting Minister, in the company of Union Minister of State for Information and Broadcasting Dr. L. Murugan on stage, at the opening ceremony of IFFI. The award is a recognition the nation gives to the much-adored megastar for his contribution to cinema, popular culture and socially significant artistic work.
Congratulating the veteran actor, the Union I&B Minister Anurag Singh Thakur has said that Chiranjeevi has had an illustrious career spanning almost four decades, with more than 150 films as an actor, dancer & producer. “He is immensely popular in Telegu Cinema, with incredible performances touching hearts!”, says the Minister.
Film luminaries like Waheeda Rahman, Rajinikanth, Ilaiyaraaja, S. P. Balasubrahmanyam, Amitabh Bachchan, Salim Khan, Biswajit Chatterjee, Hema Malini and Prasoon Joshi have been honoured with this award in the past.