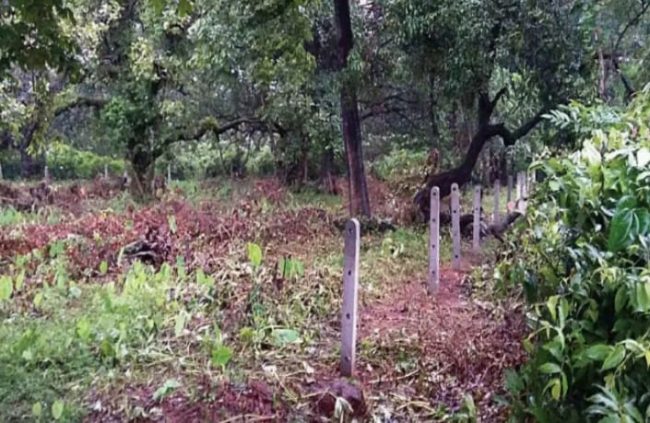 Goemkarponn desk
PANAJI: Minister for Social Welfare Subhash Phaldesai has warned the NGOs who he claimed are instigating people to oppose the IIT Goa project.
Speaking to reporters, Phaldesai said that the NGOs are instigating the people to protest.
“IIT is a good project which will bring development in the constituency. Locals of Sanguem do not oppose the project. It is the NGOs who come from the oyutside that oppose it. We will not tolerate such provocation, and if need be, thousands of people will converge in support of IIT,” he said.
A group of farmers, largely comprised of women, held a press briefing in the fields at Sanguem, opposing the IIT Project at the proposed site.
The protestors said that they are not opposing the IIT project in Goa per se, but they do not want the government to snatch away their farmlands. “We are ready to die for our land,” said the agitators. “We will go to court and also move the National Green Tribunal,” said one of the protestors.
They also asserted that their agitation is not politically motivated and does not have backing from any politician or political party.