IIT PROTESTS: Warrant issued against 4 for obstruction during demarcation; 1 arrested

* Some people have a habit of opposing projects unnecessarily, says CM Sawant 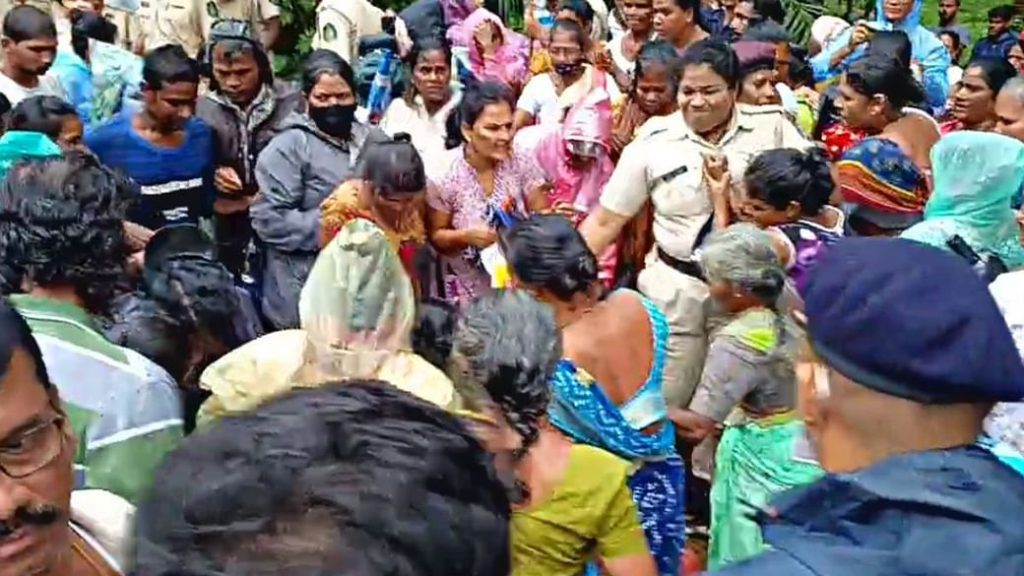 Goemkarponn desk
SANGUEM: Sanguem Police have issued warrants against four persons causing obstruction to surveyors and threatening them while demarcating the IIT institute building.
As per information, warrants have been issued against Joesph Fernandes, Maria Vaz, Philip Vaz and Swizelle Cruz. Police have also arrested Joseph Fernandes under section 186, 506 (ii) R/w 34 IPC.
A tense situation was witnessed at Sanguem yesterday as local farmers tried an attempt to stop the ongoing demarcation process for the IIT Goa campus.
The farmers confronted survey officials who were demarcating land at the proposed IIT site and demanded that they furnish the documents and orders issued for the demarcation process.
The farmers from Sanguem who own paddy fields and plantations in Cotarli village have vowed to fight unto death to retain possession of their agricultural lands, warning the government that they would not give up their land for the establishment of the IIT project proposed in the agrarian taluka.
Meanwhile, reacting to yesterday’s incident Chief Minister Pramod Sawant said that some people have a habit of opposing projects unnecessarily.
“Some have a habit of opposing projects unnecessarily. It is government land. There are some encroachers on that land. We will make a survey in detail. People should come out of a negative mindset,” Sawant said.
He said that the government needs to give land to IIT and that his government will not do injustice to people; if anyone has the right to a tenant, then they can submit documents to the collector.
He said that a survey of the proposed land for the IIT Project is taking place. “Technical team of IIT will come here, they will inspect it and once they give an “okay” for it, only then work will proceed,” he said.