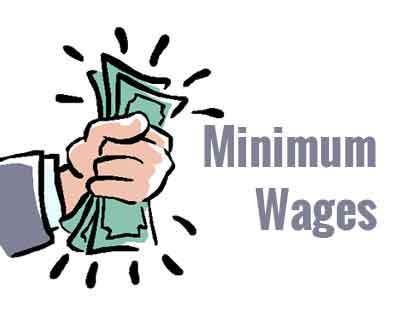 PONDA: Union leader Puti Gaonkar has warned of workers’ agitation if minimum wages are not hiked before 1 May.
He said inflation, including fuel, gas, and life-essential commodities, is increasing daily while there is no hike in wages.
He said citizens’ right to live should be protected by the government.
He said currently, the government is paying Rs 375, which is not sufficient to earn a daily livelihood and meet the cost of five family members, which is the criteria fixed by the government.
Gaonkar stated the cost of living is high in Goa, and therefore the government should fix a salary of Rs 17000 to Rs 20,000 per month.
He also alleged many Goans youths are unemployed as the salary wages paid are meagre at Industrial Estates in Goa. Their entire salary goes into transportation, and so many unemployed youths in Goa are not taking industrial jobs.
Secondly, the migrant employees are employed in Industries in Goa with employing them for 12 hours like bonded labourers, and he had even filed a complaint at Vasco Police Station issue pointing at migrant workers engaged as bonded labourers on barges.
He said migrants, five to six workers live in one rented room to meet the cost of the rent. It is not even affordable to them, and they too are exploited, and not even salary gets on time.
“There was a policy decision by the government to reserve 80 per cent jobs for locals in Goan Industries; however, it is not followed,” he said.
He added, “there is RG party in Goa, which is about Ujho Ujho for rights of Goans. They should fight for justice for Goan workers and get them 80 per cent jobs.”
He also expressed delay in restarting mining and that suicides rates are high in Goa.
“Recently, one person committed suicide in CM’s constituency, clearly mentioning that he is committing suicide as there is no work due to closure of mining,” he added.