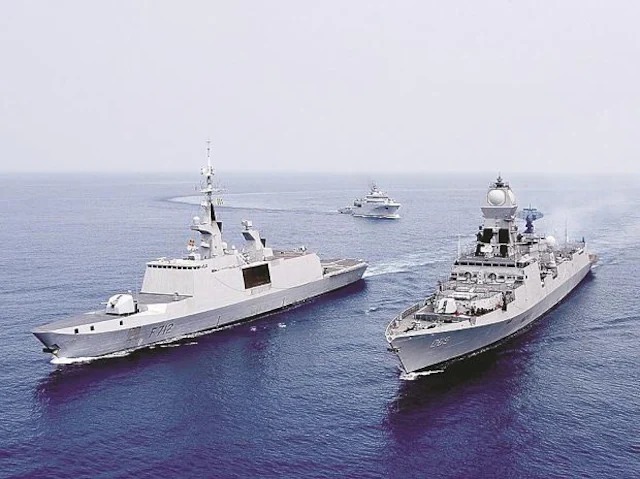 VASCO: Exercise Varuna 2022 (Varuna 22) — the 20th edition of the Indo-French naval exercise — is being conducted this year off Goa, in the Arabian Sea.

Paris regards itself as an Indian Ocean power and carefully husbands its island territories in the ocean such as the Réunion Island. Given the French Navy’s stakes in the region, New Delhi believes there is a serious strategic dimension to Exercise Varuna.

“The exercise (Varuna) has been a principal driver for operational level interactions between the two navies and has underscored the shared commitment of both nations to security, safety and freedom of the global maritime commons,” said the Ministry of Defence (MoD) on Sunday.
“Bilateral naval exercises between the Indian and French navies were initiated in 1993. In 2001, the exercise was christened ‘VARUNA’ and has become a vital part of India-France strategic bilateral relationship,” said the press release.
Phase I of Exercise Varuna-22 concluded on Sunday, while phase II will be held on May 22. “The exercise this year has an ex­­panded scope and includes su­r­face gun firings on practice targets, advanced anti-submari­ne and air defence exercises, and other tactical manoeuvres that cover a broad spectrum of maritime operations,” said the MoD.
The French Navy projects power into the Indian Ocean Region (IOR) with nuclear-powered submarines and a relatively state-of-the-art aircraft carrier battle group built around its flagship: the Charles de Gaulle.
This 42,500-tonne nuclear-powered aircraft carrier carries a potent air complement that in­c­ludes the Rafale-M (Rafale Marine) aircraft. Given the Indian Navy’s eagerness to buy 57 twin-engine, deck-borne fighters, Paris is tracking that tender closely.
Having grown in content and complexity since 1993, Exerc­ise Varuna provides the two na­vies an opportunity to learn from each other’s best practices. It focuses on operational level in­teraction between them to en­h­ance mutual cooperation at sea, underscoring their shared commitment to regional security.
During the sea phase of Exe­r­cise Varuna 2022, the Indian Navy is being represented by the indigenously built stealth dest­royer, INS Chennai, with its integral complement of Sea King Mk 42B helicopters. India is also fielding its P-8I and Dornier 228 maritime patrol aircraft and MiG-29K/KUB fighter aircraft.
The French Navy is being rep­resented by the La Fayette class frigate, FS Courbet and the submarine support vessel, FS Loire.
“The units undertook cross deck landings by integral helicopters, showcasing a high level of interoperability between them. Gun firing and underway replenishment procedures were also exercised between ships,” said the Indian Navy, describing phase I of the exercise.
“All exercises planned during Varuna 2022 aim to enhance common understanding of the two navies on the conduct of joint maritime security operations,” said the MoD.