IRBn to be merged in Goa Police Service 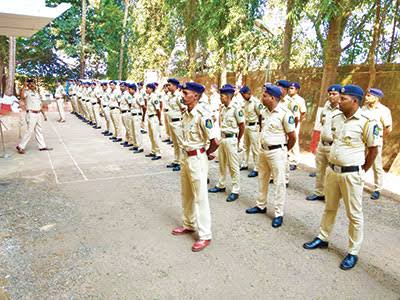 Panaji: The Indian Reserve Battaliion (IRBn) will be merged into Goa Police and the PSIs have been asked willingness to join Goa police in a week.

S. M. Prabhudessai, Commandant IRB, in s note moved has said, “it is proposed that henceforth, there shall be no direct recruitment in India Reserve Battalion, Goa for the post of Police Sub Inspectors. The post of officers upto the rank of Police sub Inspectors of IRBN shall be filled by promotion among the feeder grade cadre posts from India Reserve Battalion, Goa.

The note adds, upon merger, the seniority of the Police Sub Inspectors of India Reserve Battalion shall be counted in Goa Police Department from 01/01/2020, for all purpose.

“Under the circumstances above, the officers of the rank of Police Sub Inspectors from Indian Reserve Battalion, Goa, who are willing to merge into Goa Police: as Police Sub Inspectors (Executive), may give their willingness within a week, on receipt of this Note,” the notr issued with the approval of DGP Goa, says.