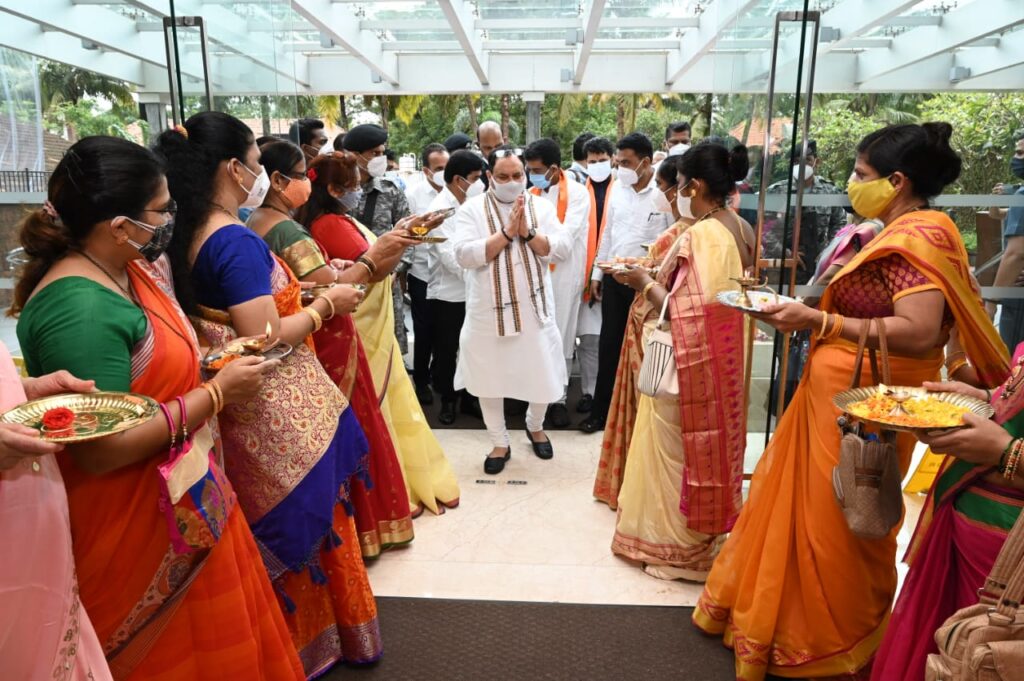 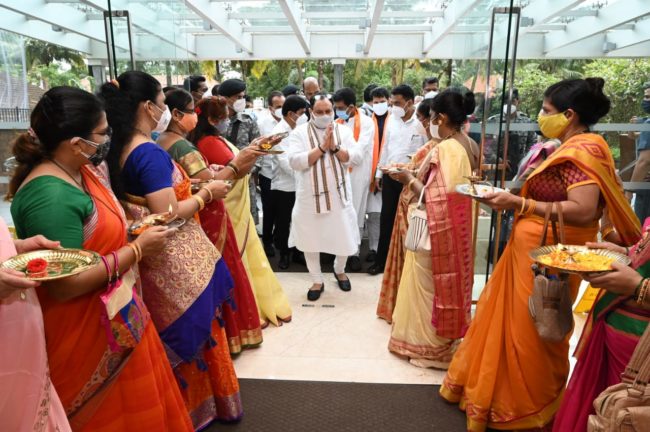 The Bharatiya Janata party (BJP) national president JP Nadda was accorded a warm welcome on his arrival at Goa International Airport at Dabolim.

The party workers were gathered in large at the airport to welcome Nadda.

Nadda is on two-day visit to Goa to kick off party’s election campaign for the upcoming polls.

His visit is schedule to strengthen the party organization and boost moral of the workers ahead of crucial polls which is going to be litmus test for the ruling.

He is expected to hold series of meetings with state ministers, party MLAs and other core committee members. Nadda is also scheduled to meet chiefs of different wings of the party.

As per the schedule released by local unit of the party, on July 25, Nadda will pay visit at Mangueshi Temple at 8.30 am.

Following that, he would participate in Tree Plantation Program with Sadguru Brahmeshanandacharya Swami at Tapobhumi, Kundai, at 9.15 am.

At 10.30 am, he will visit Vaccination Centre at Don Bosco High School, Panaji. Nadda will address press conference at 3.15 pm in Panaji on the same day before culminating his visit.