Kamat rejoins the same party, he felt suffocated in 2005 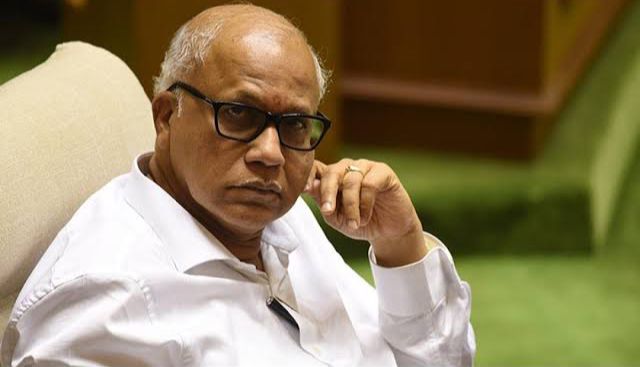 Goemkarponn desk
PANAJI: After 17 long years, when he left the party in February 2005, stating he felt suffocated in the BJP, the Margao MLA Digambar Vasantrao Kamat has embraced the BJP once again.
In 2005, Digambar Kamat – number 2 in Manohar Parrikar’s cabinet, defected to Congress and toppled BJP.
Two years later, he was made the Chief Minister of Goa from 2007-2012.
When asked about today’s defection to the BJP he said, “an individual takes a decision as per the prevailing political situation.”
He said the condition of the BJP is bad, and there is no sight of that improving.
“Look at how the leaders are quitting the party every other day. All senior leaders have deserted them,” he said.
He added, “I don’t need to say anything about Congress; read the letter by senior Congress leader who resigned, Ghulam Nabi Azad, who has given the clarity of what is wrong with the party.”
Originally a Congressman, Kamat started his career as a member of the Indian National Congress.
In 1994, he joined the Bharatiya Janata Party Coalition government.
In 2005, he joined the Indian National Congress again in support of the Margao constituency voters’ referendum choice. Kamat passed the baton of leadership on 6 March 2012 to a BJP majority government in the Goa Assembly Elections held in March 2012.
He retained his Margao Constituency seat and continued until 2019 as an elected legislative member of the Margao Constituency.
On 17 July 2019, Digambar Kamat was unanimously chosen as a leader of the opposition of the Goa Legislative Assembly representing the Indian National Congress. In March 2022, he was once again elected as a legislative member of the Margao Constituency.
On 31 March 2022, he was appointed as a permanent invitee to the Congress Working Committee (CWC).
In July 2022, he was removed from as the ‘Permanent Invitee’ to CWC.