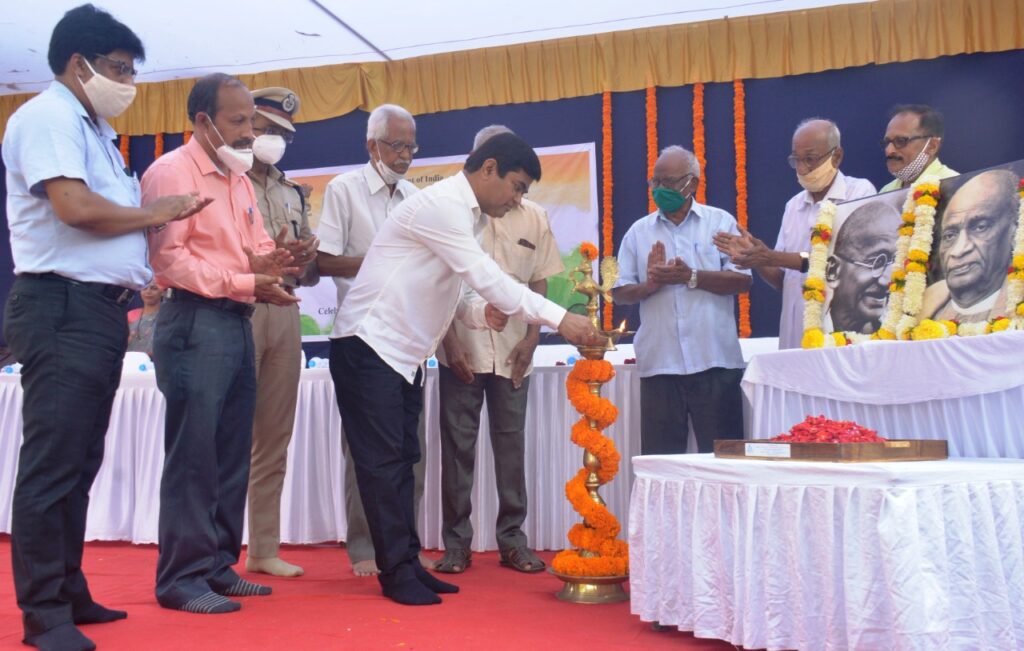 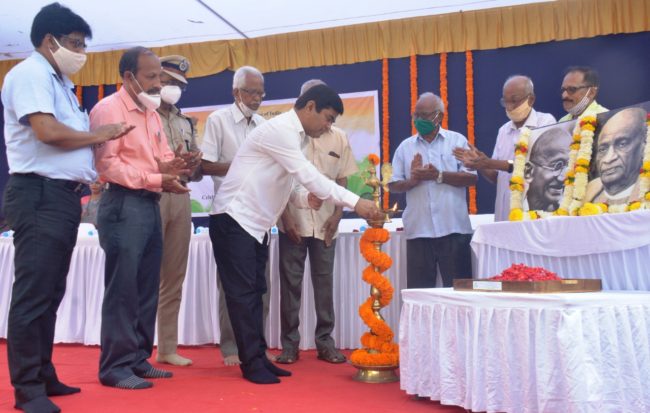 Recalling the hard work and sacrifices of the freedom fighters to achieve Indipendence from the British Empire, Deputy Chief Minister, Shri Chandrkant (Babu) Kavlekar emphasized that the country can take pride of the independence achievements only when the overall development reaches to the last citizen. Let us all work to achieve the set goals, he added.

Shri Kavlekar was speaking at the launch of Azaadi Ka Amrut Mahotsav’- India @75 programme to mark the celebration of 75 years of India’s Independence at Lohia Maidan, Margao. The launch of this programme starts the 75 weeks celebrations prior to 15th August 2022.

Speaking further Shri Kavlekar said that one cannot forget the sacrifices and contribution made by the freedom fighters to make us independent. He urged the people to contribute in the process of overall development of the Country while enjoying the freedom. He said Goa is marching towards revolution in the field of Agriculture.