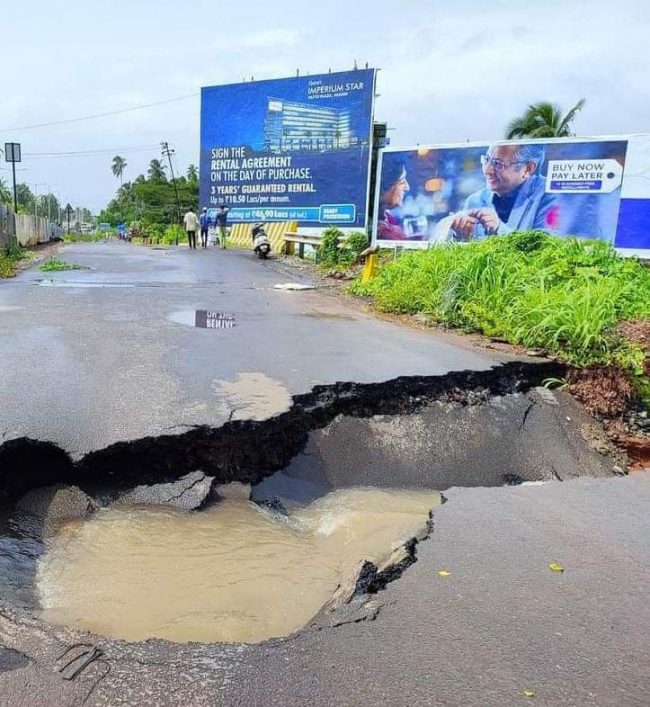 GUIRIM: Newly built service road at Gurim near Mapusa caved in posing danger to the commuters passing by.

The road was immediately closed for vehicular traffic. The incoming traffic was diverted.

As a result of the incident, traffic along the route has been affected. However, a major tragedy was averted.

Footage of the collapse has gone viral on social media. A short video has captured the moment that a portion of the road caved in.

Traffic in the area was affected by the incident, but luckily, no injuries or accidents were reported.

Sources claim that the reason for road to cave in was the burst in pipeline below.

Residents nearby blamed the state government for the poor quality of roads.

“This is the kind of infrastructure the government has been creating for the people of Goa,” the locals said

They questioned the government as to what action will be taken against the contractor.

Now the villagers fear that the other side of the road could also collapse anytime.

Accusing the government of playing with the lives of people, resident told the media that the contractor had failed to take proper measures while building the road.

The collapse has exposed the shoddy quality of construction work undertaken, locals allege.