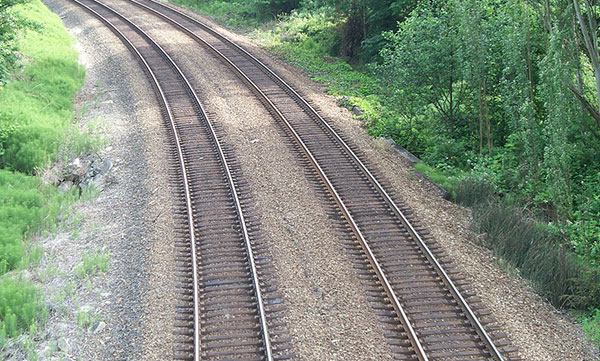 Vaaxo: Goencho Avaaz has brought to the notice of the Railway officials that the land acquisition for double tracking was illegal and not as per law.

In a letter to Railways, Goenxho Avaaz drew attention to the Government of India/Ministry of Railways letter W271/CN/BNC/Kulem-Madgaon dated 16-02-2018 regarding land acquisition for the Hospet-Hubli-Londa-Vasco-da-Gama rail way project.

“It is hereby brought to your immediate notice that the land acquisition process being undertaken by your office for the above project under the Railway Act is improper and illegal as the letter enclosed specifically states the following:
a) The land acquisition process to be undertaken under the Railway Act warrants that the whole project has to be declared as a SPECIAL RAILWAY PROJECT and not a small section covering few patches of land.
(b) Acquisition of land under the Railway Act will require Joint Measurements to be conducted involving Railway Representative, State Revenue Authorities as well as the land owners. Since any of these land owners are not readily traceable, such JMC cannot be conducted.
(c) Acquiring different stretches of land in the same project by two separate organizations under different Acts would lead to discrepancies in assessment of land compensation which will give rise to disputes,” GA said quoting Centre’s letter.

Further GA says, the letter also mentions about the procedure to be followed where in, if the acquisition is not possible due to objections/other reasons, the same may be undertaken under “THE GOA COMPENSATION TO THE PROJECT AND VESTING OF LAND IN THE GOVERNMENT BILL, 2017.”

“For the above reasons, this land acquisition proceeding under the Railways Act, 1989, is clearly illegal and cannot be sustained. It is also liable to be challenged if the LAO proceeds with these hearings,” GA states.

It says in view of the above, we request your office to kindly cancel the acquisition process underway for the above project.

“As an immediate measure, we request you to kindly cancel the PERSONAL HEARINGS scheduled today viz., 25 February 2021 at your esteemed office, failing which we will be forced to seek necessary legal action against the concerned persons/organization for violation of the rules and regulations of the government of India / Ministry of Railways,” the GA letter reads.