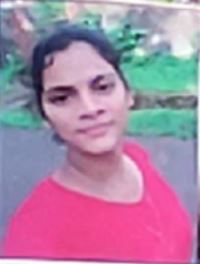 MAPUSA: Siddhi Naik’s death case is now coming to the fore as a dimension of triangular love.
The police have found some crucial clues in this regard. Police said that Siddhi had been under stress for the past few days due to her boyfriend’s affair with a minor girl.
Police are also investigating the case as some political parties, and social organizations have dubbed the Siddhi Naik death murder, and her father has changed his language.
However, the investigation has led to more family and personal disputes over the murder.
Now, in this investigation, the ‘love triangle’ has come to the fore. The mobile call recording of Siddhi’s boyfriend has been handed over to the police.
The police have also confiscated the card from which they used to speak.
Siddhi was found dead in a semi-nude condition at Calangute beach.
Forensic experts rule out the possibility that the clothes of the victim girl, including her inner garments, could have come undone while in the sea.