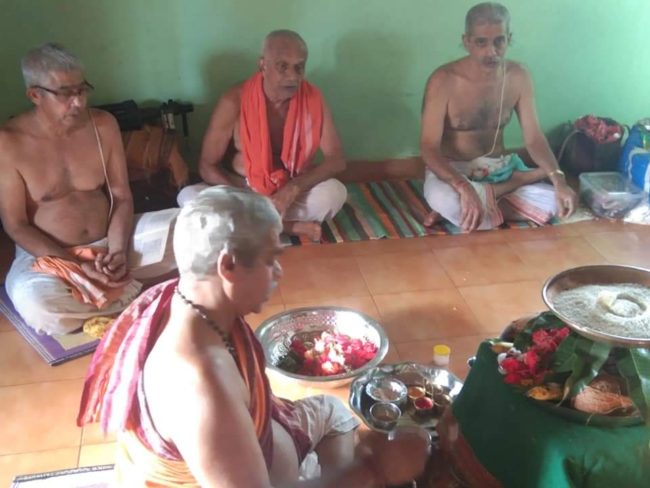 BICHOLIM: As the Union Minister, Shripad Naik is recovering in the hospital residents from Bicholim have resorted to an unique line of treatment by performing a special prayers for his speedy recovery.

When the news of the Union Minister’s accident hit Bicholim people were shocked and wishes for his speedy recovery started pouring in through social media and other platforms.

A group of people went ahead of just social media but decided to chant Mahamrutunjai mantra’ in a small temple at Naiginim in Bicholim on Wednesday.

The chanting was done at Hanuman temple at Naigining and along with the villagers Mayem BJP block president, Dayanand Karbotkar, Rajendra Rane devasthan president, Dasharath Gaonkar and other office bearers were present.

After the chanting of the mantra everyone prayed for the Union minister’s speedy recovery and good health.

The people who were gathered also lamented on untimely death of the Union minister’s wife in the accident.

The People for long have been chanting Mahamrityunjay mantra for the recovery of their terminally-ill loved ones. The chanting of the ancient vedic mantra from Rig Ved, is believed to ward off untimely death.