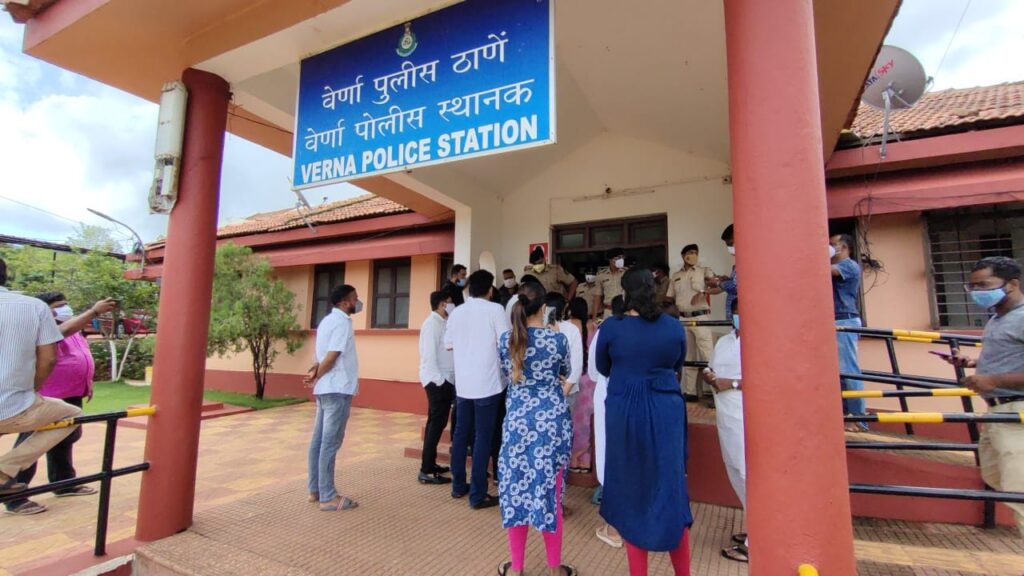 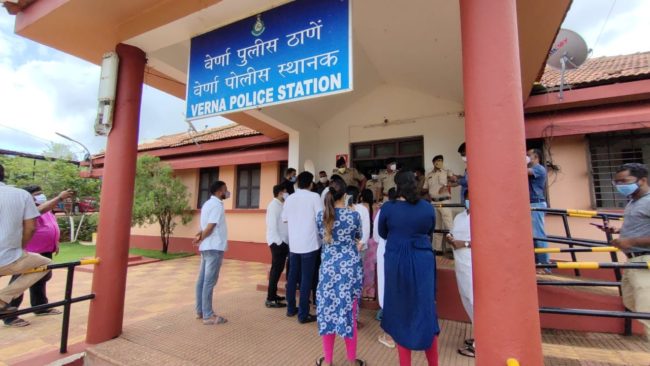 Goemkarponn desk
PANAJI: Mahila Congress delegation led by President Beena Naik and accompanied by Youth President Varad Mardolkar, General Secretary Janardhan Bhandari on Wednesday demanded the suspension of PSI Narayan Pinge who was allegedly involved in a rape and cheating case.
Beena Naik demanded that a strict message be passed on that no official is above the law . Naik also questioned why the PSI was not yet arrested or suspended from duty despite an offense being registered against him
Meanwhile, GPCC Youth President Varad Mardolkar said that the delegation would approach the IGP and demand the immediate suspension of the PSI Narayan Pinge.
GPCC general secretary Janardhan Bhandari said the Congress would take the issue to its logical end.