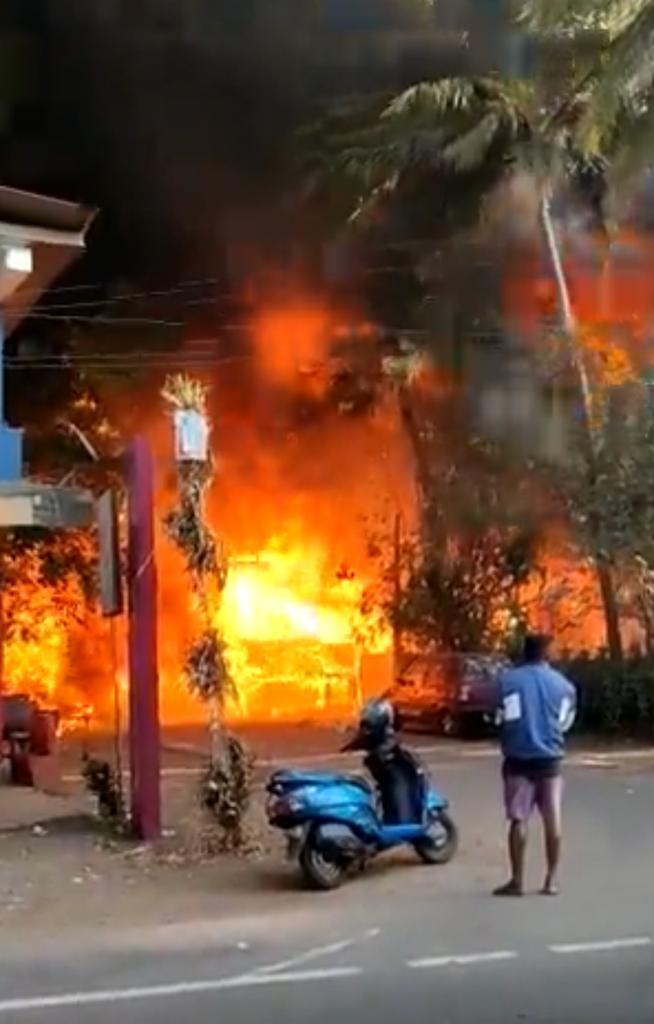 Goemkarponn desk
MARGAO: A major fire broke out near the MES camp at Rawanfond, Margao today morning, during which some parts of a house and a furniture-making unit were gutted.
Four vehicles, including three two-wheelers and a car, were also damaged due to the fire. However, no casualties were reported.
As per the preliminary information, a short circuit is suspected to be the cause of the fire.
For now, the loss is estimated to the tune over Rs 50 lakhs.