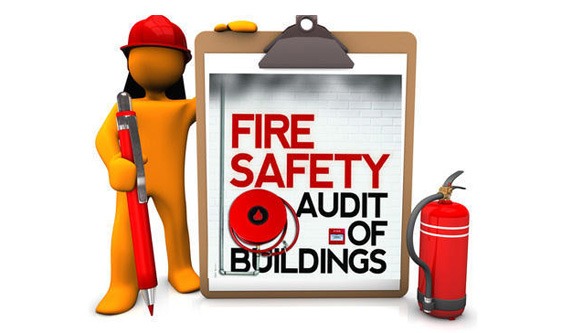 MARGAO: Shadow Council for Margao called upon the District Collector to make Fire Audit for government offices mandatory.
The Shadow Council for Margao, way back in September 2018, highlighted the glaring fire threat to practically every government building in the city and had strongly expressed the urgent need for a Fire Audit of all Government/Public offices in the city.
Convenor of SCM Savio Coutinho stated that every government building, including the Margao Municipal Council building, is vulnerable to a serious fire threat resulting in severe loss of property and important records in the various offices in the city.
“In the absence of any fire-Fighting types of equipment and basic fire-Fighting training, in the event of any incident of Fire, the entire office along with important records will not take time to get reduced into ashes,” he said.
He said the Margao Municipal Council, which makes it mandatory for all commercial establishments to obtain NOC from the fire department, should realise that its own premises are also unsafe as far as fire-Fighting capabilities are concerned.
“And considering the papers and files lying all over haphazardly, a Fire incident could be devastating to the Council building. Incidentally, the building has all material that is highly flammable, including the wooden flooring,” he said.
“After we highlighted this issue, the Margao Municipal Council had resolved in one of it’s meeting in October 2019, to undertake a Fire Audit. Sadly, as usual, this resolution remained confined to the file’s only”, Mr. Coutinho lamented.
The District Collector is also called upon to make it mandatory for a Fire Audit of all Government/Public offices in the city. A Fire Audit shall spell out Fire safety provisions and equipment and provide periodic inspection and training to the staff on the immediate measures needed to control Fire from spreading.
“We have seen and heard of fire incidents in several government/public offices wherein important documents and files were destroyed in Fire. As such, it would be prudent to take necessary measures to be well equipped to tackle such Fire incidents,” SCM says.
The SCM hoped that all the heads of the various government/Public offices request a mandatory Fire Audit and comply with the same.