Malicious attempt to bring obstacles in my path: Utpal on reports of meeting RaGa 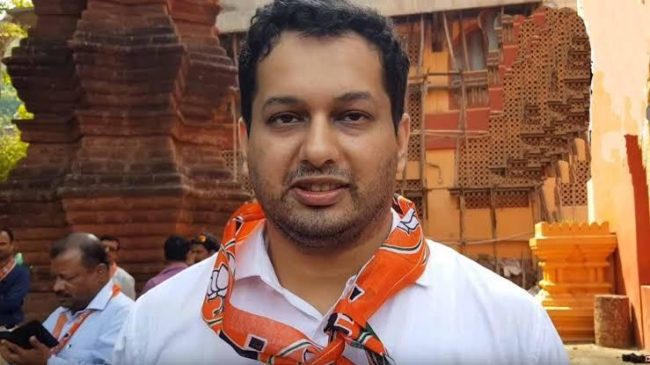 PANAJI: Following reports of former Chief Minister Manohar Parrikar’s son Utpal meeting Congress leader Rahul Gandhi, Utpal has clarified that is just a malicious attempt to bring obstacles in his path.
“This is nothing but malicious attempt by someone to bring obstacles in my path to seek BJP candidature from Panaji,” he said.
He said that he is certain of contesting polls on the BJP ticket.
“I am absolutely certain in my mind and heart that the only platform of any political party available to me is
@BJP4India,” he tweeted.
He clarified that meeting any other party leader is out of question.
“I have already told the party that I wish to contest the elections from Panjim and I am fully confident that the party will give me a ticket,” said Utpal Parrikar.
Atanasio Monserrate, who represents the seat, defected to the BJP along with nine other lawmakers, who won the 2017 elections on Congress’s tickets.
Utpal Parrikar said it was not the time to speak about it when asked to elaborate on what he intended to do in case he is denied the ticket for the polls due next year. “I do not need to speak about that now. Manohar Parrikar did not get anything easy in his life. Similarly, I too will have to work for what I want. I may also be forced to make some hard decisions, and I pray for the strength… I (need)…to take these decisions.” He added he may also stay with the BJP to fight. “When the time comes to make a decision, I will listen to the people. I have told the party and the party will give me (the ticket). I am confident.”
State BJP chief Sadanand Shet Tanavade said that decisions regarding the party’s tickets are taken by the parliamentary board. “Anyone can stake a claim for the party’s ticket. The decision is ultimately taken by the party’s parliamentary board and not at the local level. I met him (Utpal Parrikar) recently we did not discuss anything about the ticket,” Tanavade said.

Panaji. October 29: The Aam Aadmi Party today protested aganist the Goa government for their failure to curtail the prices of onions and other vegetables. ... Read More

Says they should either welcome IIT, Forensic Institution or National School of Law or development of Dharbandora Says procedure to re-start mining would commence in ... Read More