MARATHAS AS ‘INVADERS’ CONTROVERY: GTDC terminates contract with the team that handled its social media 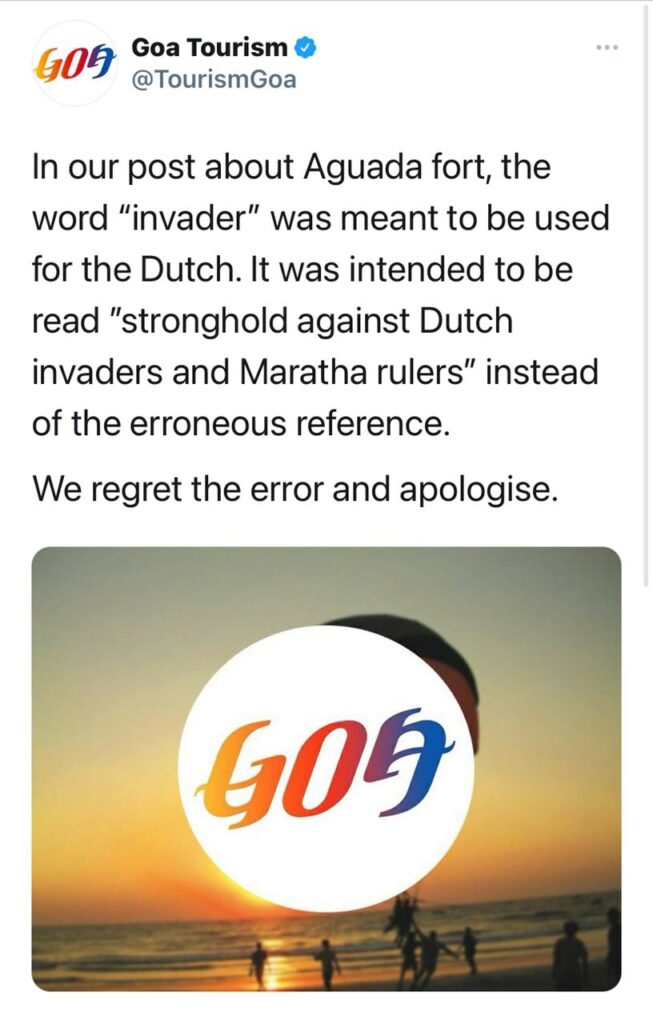 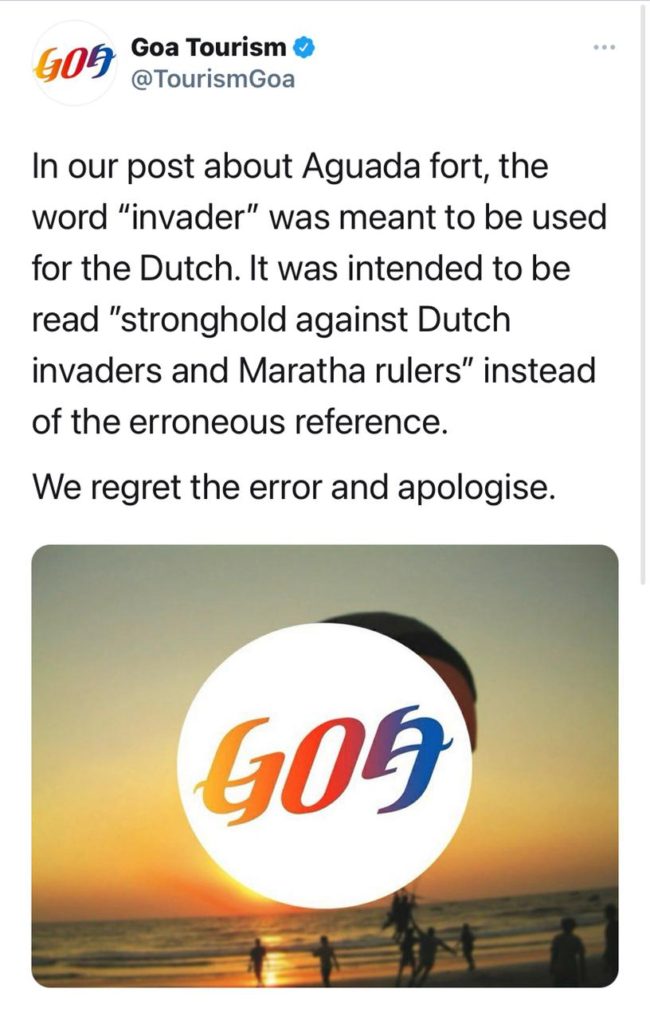 PANAJI: Taking strong cognizance of recent controversial post on social media, which stirred up a controversy, Chief Minister Dr Pramod Sawant and Tourism Minister Babu Azgaonkar directed that an enquiry be carried out and responsibility be fixed on the official responsible for the recent social media post citing Marathas as ‘invaders’.

Accordingly, after conducting a detailed enquiry by S K Narvekar Dy GM (IT), it has been decided to fix responsibility on the official who has contributed to the said post. The services of the Official who was engaged by the Project Unit team to upload social media posts has been discontinued/ terminated with immediate effect.

Further it has been decided that a responsible officer from Goa Tourism will vet all the social media posts before they are uploaded on any platforms. A recommendation has also been made to engage services of a professional PR agency to handle all social media posts.

It may be recalled that Goa Tourism had won National Tourism Award in 2017 for “Most Innovative use of Information Technology “ and also several awards lauding the social media activity. Goa Tourism is also active on social media and its posts are widely appreciated.

Goa Tourism will continue to use social media handles to disseminate accurate and genuine information on Goa to the visitors from all over the world and showcase the beautiful culture and heritage of the State to tourists both domestic and foreign.