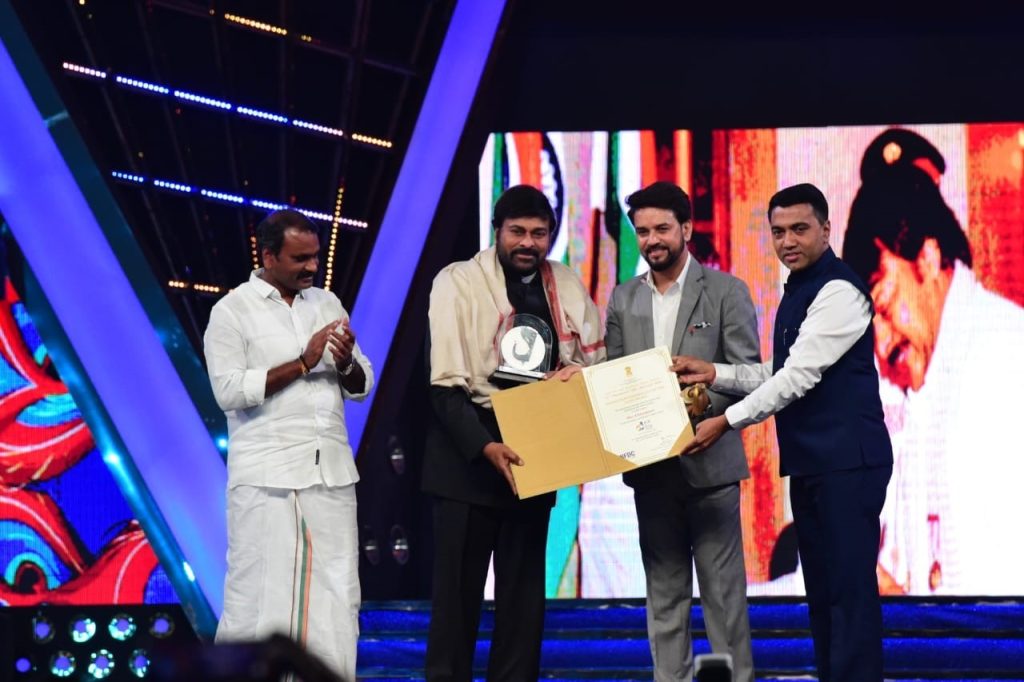 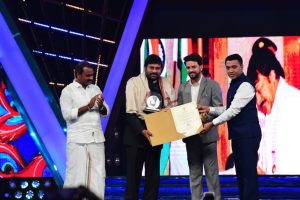 Goemkarponn desk
PANAJI: Mega Star of Tollywood, Padma Bhushan awardee Shree Konidela Siva Sankara Vara Prasad, popularly known as Chiranjeevi has been presented with Indian Film Personality of the Year Award for 2022, at the closing ceremony of 53rd edition of International Film Festival of India (IFFI) in Goa today.
Besides thanking IFFI, Government of India and Prime Minister for the honour, Chiranjeevi also expressed gratitude to his parents and to the Telugu film industry. ‘I will always be grateful to my parents who gave birth to me as Konidela Siva Sankara Vara Prasad and to the Telugu film industry which has given rebirth to me as Chiranjeevi. I am indebted for my life time to this industry’, he said.
Receiving the prestigious award, Chiranjeevi also extended heartfelt thanks to his fans for accepting him after coming back from politics. ‘The love and affection bestowed on me is so great. I am here in the industry for more than 45 years, and out of these, I have missed one decade to politics; when I came back to the film industry, I was sceptical about how people will receive me. But the amount of love and affection from my fans have never changed; my position in their hearts was intact; I am promising that I will never leave you again; I will be here with you, said the actor.
Chiranjeevi also extended his gratitude to the Government and the film industry for the support and an experience worth a lifetime after receiving the award. ‘I bow my head and thank each and every one of you. If anybody has the idea of coming to the cinema industry, please do come; this is a corruption-less profession; you will have no guilty conscience, if you have talent, you can project it, and you will grow sky-high’, he said.
In an illustrious film career spanning more than four decades, Chiranjeevi starred in more than 150 feature films in Telugu, as well as some films in Hindi, Tamil and Kannada.