Milind has forgotten people got him a BJP ticket: Khadapkar 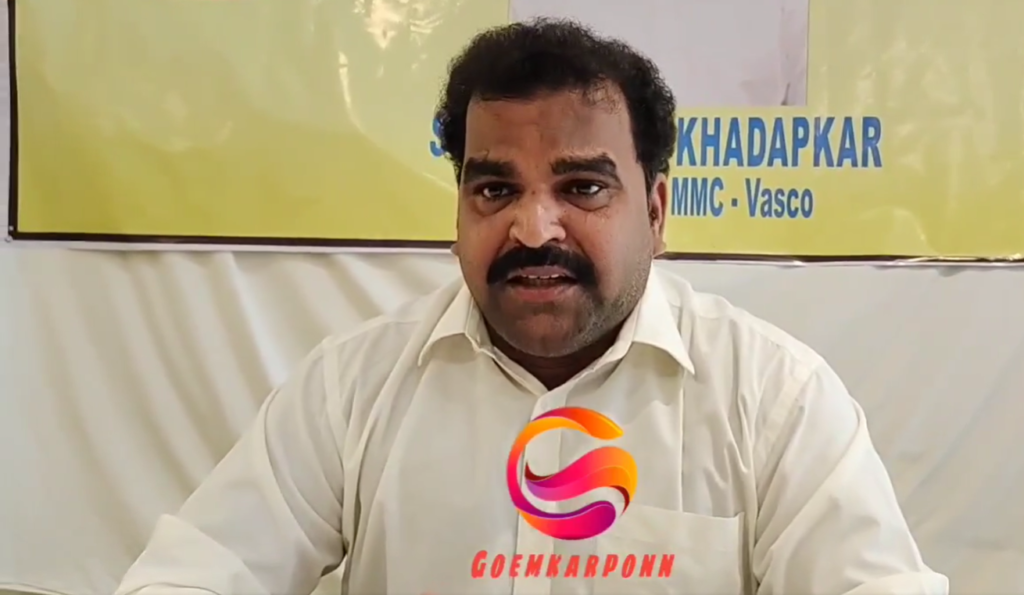 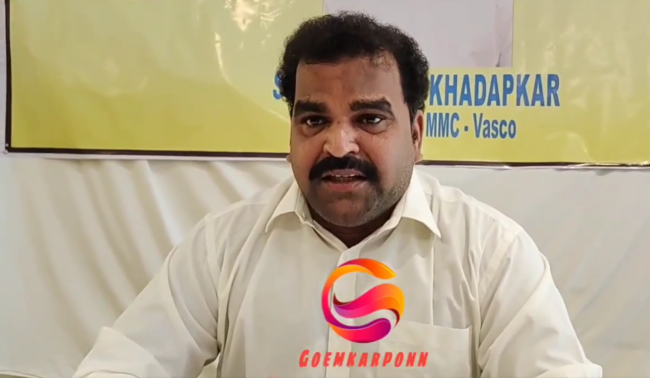 Vasco:Former MMC Chairperson Shekhar Khadapkar who is now contesting on ward no 2 has on Saturday hit out at Urban Development Minister Milind Naik and said that after becoming a minister ,he has forgotten the very people who got Milind Naik a BJP ticket and got him elected.

Khadapkar adressing media in Vasco said that Naik had recently in the presence of CM said that he did not know who Shekhar Khadapkar was and termed him as Mauvin Godinhos man and Dabolim BJP.

Khadapkar speaking to media said that Naik who used to get scared of Karl Vaz was promoted as a peoples candidate and his nomination to BJP 15 years ago was propelled by none other than Shekhar Khadapkar and Balan Chodankar.

Khadapkar alleged that the minister had begun giving threats to people after the support for Khadapkar had been growing in ward no 2 .
Khadapkar further said that the minister did not have the courtesy to use proper language while communicating with media and residents and said that after Milind Naiks name was dragged in every controversy happening in Mormugao constituency, he should resign.

Khadapkar said that if Naik was really scared of him ,he was willing to give up his candidature and get Milind Naik elected as a councillor from ward no 2 .
Praising Mauvin Godinho ,Khadapkar said that there was a very vast difference between the two ministers and while Mauvin was a great administrator and a true minister ruling the constituency peacefully for several years, Milind Naik had only been harassing people every single time but finally in a bid to lure people ,woukd go house to house assuring people of government jobs.
Khadapkar urged Milind Naik to follow a a true path to win the hearts of the people instead of harassing people and taking curses from them by threatening them even to the tune of getting the Government servants transferred to a remote location