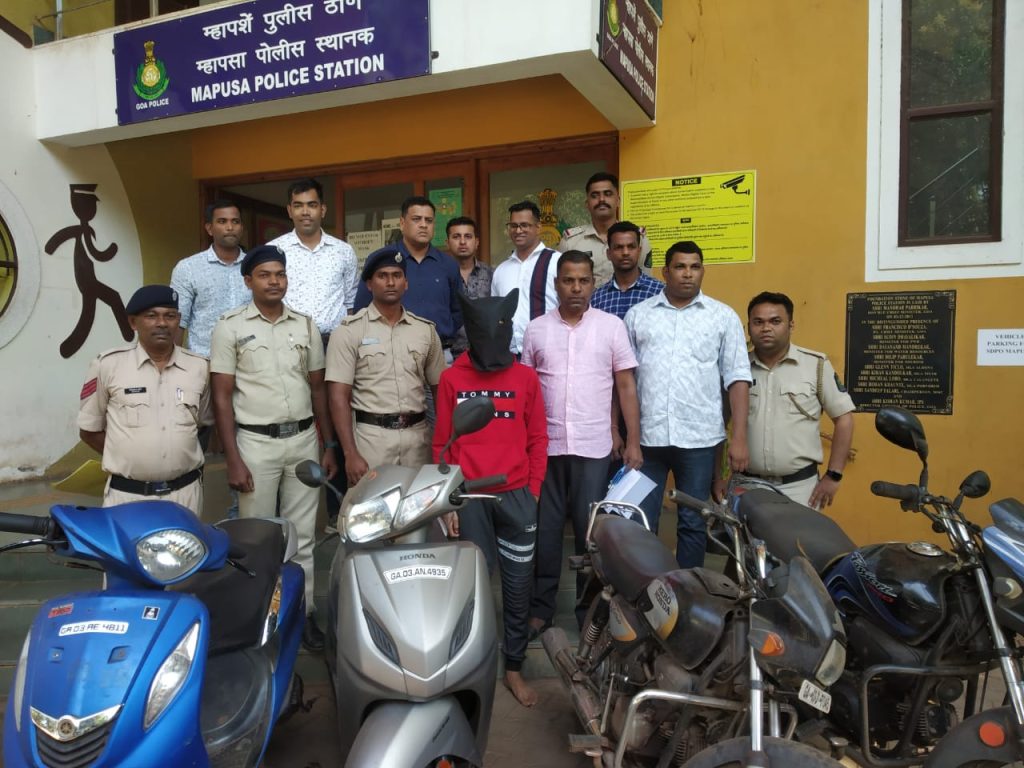 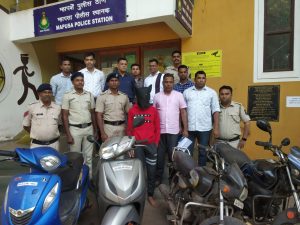 During the course of Investigation staff of Mapusa Police Station after developing the information received through sources and after hectic and meticulous efforts intercepted Aaron Steven Monteiro S/o Candid Monteiro R/o Bamanwado, Siolim , Bardez, Goa and Minor boy of aged 17at Siolim.

The minor boy has been admitted at Apna Ghar , Merces

“Five two wheelers are attached from the Culprits. All property W/Rs. 3,00,000/- approx has been recovered,” the police said

The accused minor has been remanded in 3 days police custody.