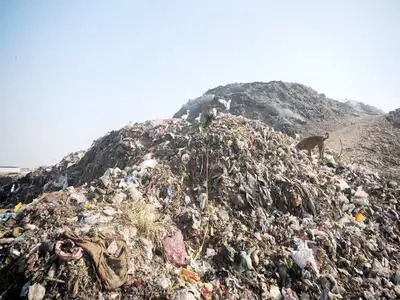 MARGAO: Chief Officer Agnelo Fernandes put up a note to the concerned engineers and supervisors to confirm in writing that the Bills of the two agency’s were certified upon the agency’s fulfilling all the requirements.
Taking a serious view of the notice of the Shadow Council for Margao alleging a Multi Crore scam in the waste management system of the Margao Municipal Council.
In a press release issued by Savio Coutinho, convenor of The Shadow Council for Margao(SCM), SCM on the 11th of January served upon the Chief Officer and Chairperson of MMC a notice to refrain from making any further payments to the agency’s appointed by the Council for the waste management, alleging that the bills were inflated and were not commensurate with the services provided by them.
SCM had also alleged that a whopping amount of over 7 crores 93 lakhs was being paid to the two agency’s inspite of not fulfilling the conditions laid down in their work order/MOU.
Appreciating the Chief Officer’s attempt to bring out the truth by virtue of the note to the concerned officials, SCM convener Savio Coutinho stated that it will be soon revealed how the Council treasury was being emptied by this dubious scheme of the previous Council, which was incidentally controlled by the same mentors as of today.
Giving a short insight into the contract’s facts with the two agency’s, Coutinho stated that while the contract clearly stated that the workers had to perform a duty for 8 hours.
However, all the 180 odd workers of the two agency’s would work for hardly 3 to 4 hours during the morning session. The fact behind this is that the poor workers were engaged by their respective employers for half-day duty and for a payment of Rs. 8 to 9 thousand per month. However, the Contractor collected nearly 16000/- per month per head from the Council.
The officials of the Council certified the bills only based on the door to door waste collection. However, the other responsibilities as laid down in the contract were conveniently ignored.
The tender was designed because waste collection would be carried out during the morning session, and sweeping and cleaning the ward’s would be taken up during the evening session, Coutinho revealed.
However, as vested interests were behind this scheme, the responsibility of sweeping and cleaning work was compromised in return for sizable gratification, Coutinho charged.
The appointment of the one agency in Margao wards is a blatant fraud as no codal procedures were followed, Coutinho opined.
“We have already submitted copies of the notice to the office of the Chief Secretary and the DMA” Coutinho informed.