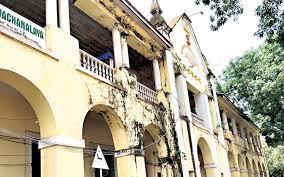 VASCO: Mormugao Municipal employees/ workers helplessly await their three-month salary. The Mormugao Municipal Council, which had promised to clear salary by Monday, failed to keep its word.
Once again, the MMC has failed to keep its word of giving two months’ salaries to the municipality workers and employees.
A municipal worker Mahesh Salgaonkar informed that he and other municipal officers went to the Directorate of Municipal Administration and inquired about the delay in the salaries. We were told that all necessary signatures have been given except the Chief Secretary’s signature.
Chief Secretary was unavailable. Therefore the salary was delayed.
Another municipality worker said that the MMC should give us salary on time without delay.
“We work hard. Therefore, our salaries should be given first. For two months, we waited for our salaries, and now MMC should clear our salaries,” he added.
When contacted, MMC chairperson Damodar Kaskar, informed that the file related to the salaries is with the Chief Secretary, and he is unavailable on Monday.
“Chief Minister too was out of the station. Once both are back and signatures are done on the file, the salaries will be cleared,” Kaskar said.