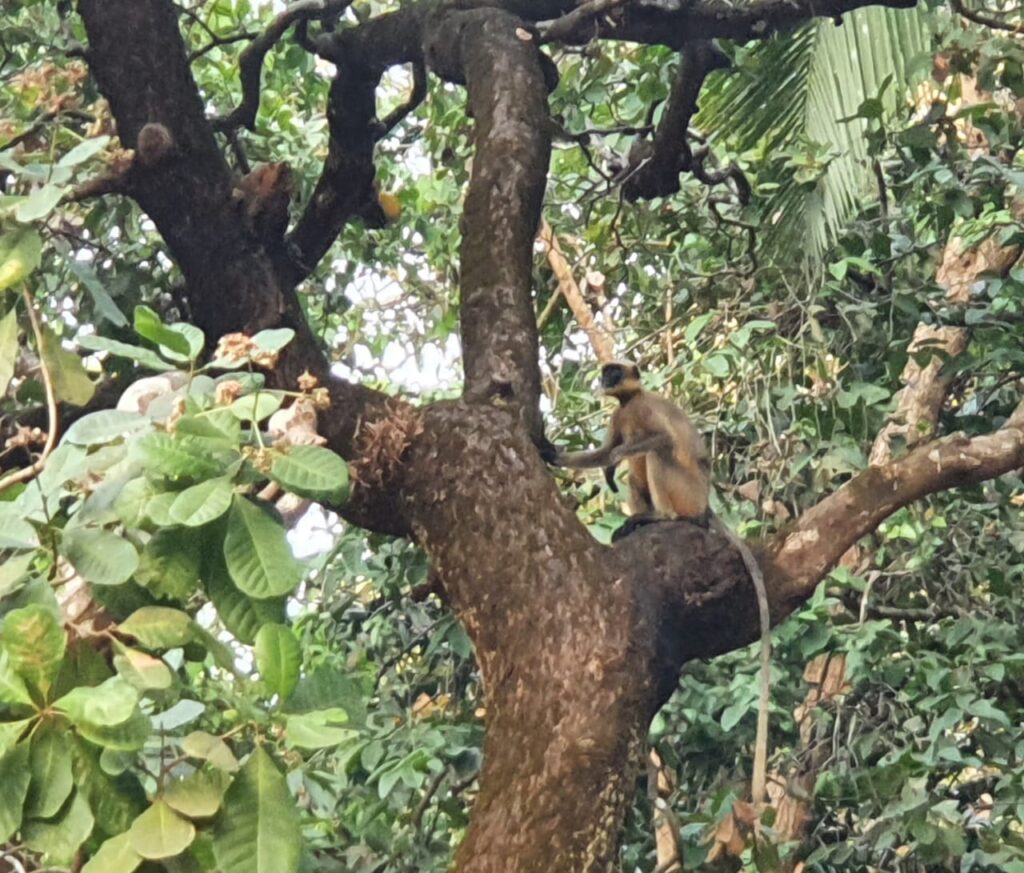 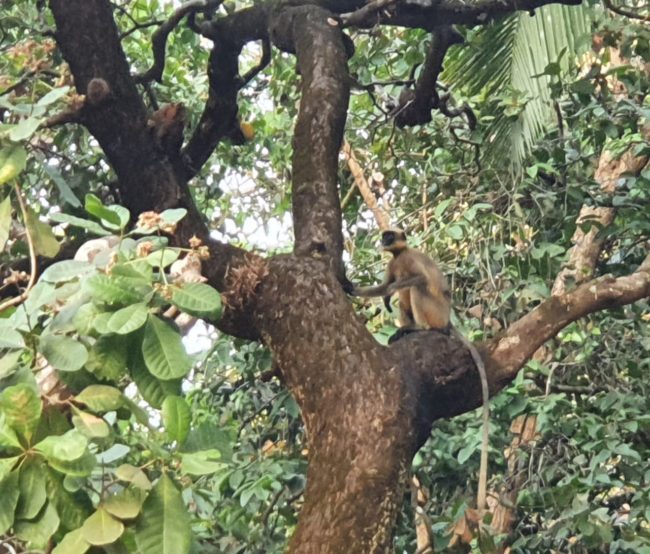 Canacona.
A group of monkey’s who have made Kindlem their home since last two months are seen not only vandalising properties but also are harming residents and commuters who are passing through this village. They are seen chasing vehicles creating a scary environment in and around, and vehicle accidents are one of the many results that are a major concern for nearby dwellers since last two months informed locals from Kindlem.
On the complains of many residents of Kindlem this correspondent when visited the village, found that a troop of monkey’s consisting of more then ten members was stationed on the cashew, mango and coconut trees at the junction behind a prominent school at Kindlem.
This correspondent also witnessed one amongst the troop chase an earth moving machinery which was passing through the village at that time.
The driver being held unaware of the situation had to just accelerate his vehicle to outrun the primate.
Shanu who resides merely a few metres from the place where this group of monkey’s have actively unleashed terror informed that these monkey’s target specific vehicles and till now atleast five two wheeler riders have met with an accident here after monkeys have unexpectedly landed on their vehicles in an attempt to charge.
The vehicles which produce more sound like Enfield Bullets, JCB’s and trucks are aimed for attack and even cars are not spared by these monkeys informed locals.
Locals informed that the unusual behaviour of this troop was reported to the local wild life department, they totally ignored their complain informed another local.
Monkey’s can carry parasites and zoonotic diseases that are dangerous to humans. They may seem to be in perfect health, but when they inevitably bite or scratch you, you may end up with a variety of health issues passed to you from a monkey that were dormant in the monkey’s system informed a concerned resident.
“Are they waiting to see a death due to the unruly behaviour of these monkey’s till they act? questioned another local.
Manoj Prabhugaonkar informed this correspondent that he was chased by a monkey from this troop when he was going through Kindlem by his car on Wednesday.
After chasing my car he jumped on the car and was trying to enter into the car, I made a loud noise and increased the speed of my car and then he jumped out, they pose a threat and people are forced to live in fear, fatal consequences in the future are very obvious and predictable if these monkeys are left loose. ” Prabhugaonkar added.
“This behaviour is unusual at least for me, maybe one of their baby have died after hitting a vehicle or somehow for some reason they must have developed hatred towards motor vehicles” Prabhugaonkar who himself is an wild life enthusiast tried to reason out.
While the locals informed that they have brought the money menace issue to the attention of the Wild Life department, enquiries with the local wild life office revealed that they have not received any complains regarding this and this correspondent is the first one to notify them about the issue.
“I will send my team to ascertain the facts and then we will have to chalk out a strategy to catch the erring monkey’s” informed Anant Velip RFO attached to Canacona Wildlife centre at khotigao