Motorist injured after a tree comes crashing down at Chicalim 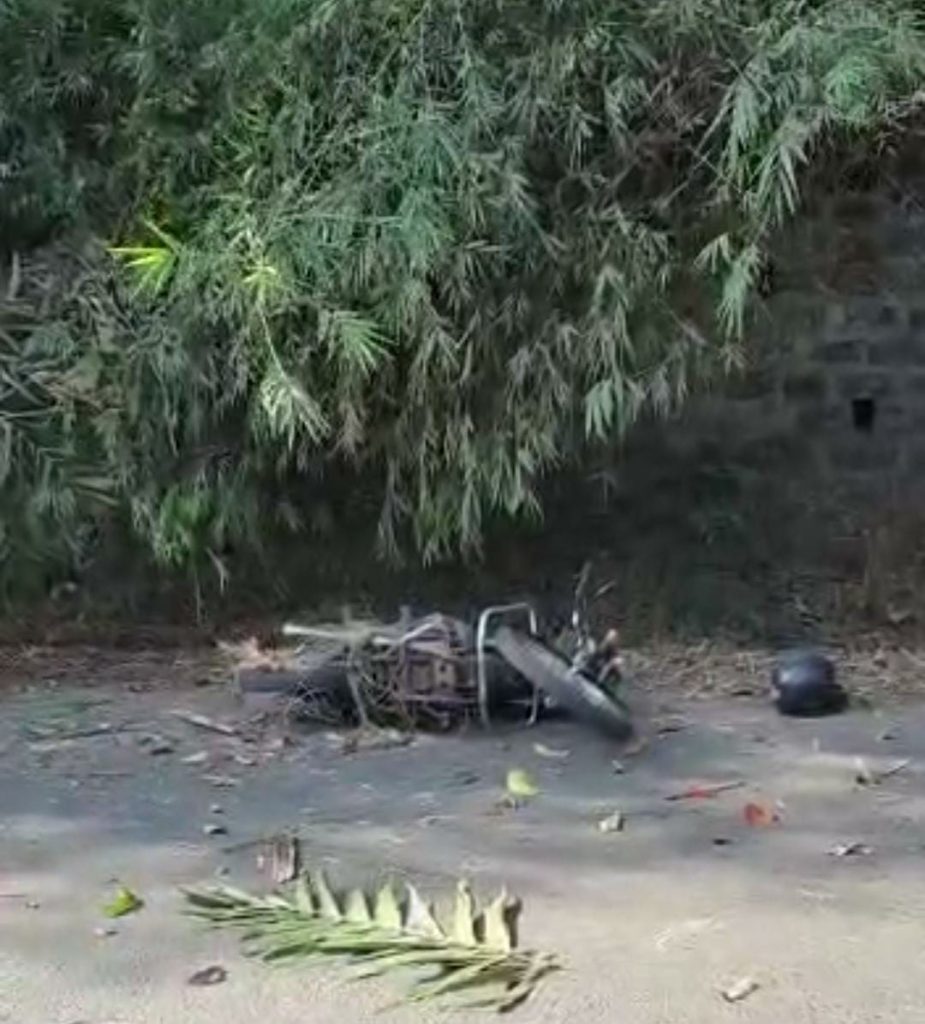 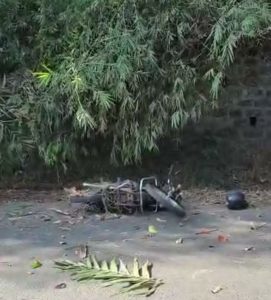 Goemkarponn desk
VASCO: In a tragic and unfortunate incident, a motorist was grievously injured after a tree came crashing on him at Chicalim while he was on his way to Vasco
Sources said that the person was moving towards Vasco city on his bike when the incident occurred at around 9.30 am on Thursday morning.
The huge tree created a huge lineup of vehicles on either side of the road, even as bystanders and other motorists immediately shifted the person to Chicalim Sub District Hospital, where he was transferred to GMC for further medical attention.
Vasco police rushed to the site, and the locals alerted the fire brigade, who arrived on the site and cleared the tree.
The locals have now demanded the Chicalim Panchayat immediately clear the dangerous trees along the road so that such incidents are not repeated in the future, which may ultimately endanger human life.
Speaking to the media, Vasco police personnel, Rajesh Bhagat said that police were alerted by the PCR.
“The traffic police were already on site and clearing the road, and we are carrying out a panchanama. The electricity department had already cleared roadside trees, but the panchayat must carry out the ward-wise survey and clear dangerous trees. We will carry out further investigation,” said Bhagat.
Chicalim panch Poonam Chari said that she had witnessed the accident
“It is shocking that a tree has come crashing despite not being rainy season nor heavy winds. This is a dangerous thing, and as a panch, I will take the issue with the panchayat to get the roadside trees cleared immediately,” said Chari.
Vivekananda Bhatkar of Vasco fire station said that the fire brigade immediately turned out after they got a call.
“We are not sure how the tree came crashing, but we request the panchayat to immediately clear these dangerous trees along the busy roads in Chicalim. The motorcycle rider has been injured and shifted to the hospital now, and we have begun clearing the tree that fell on the roadside so that the traffic is cleared,” said Bhatkar.