Narkasur is an inseparable part of Diwali, Ponda locals 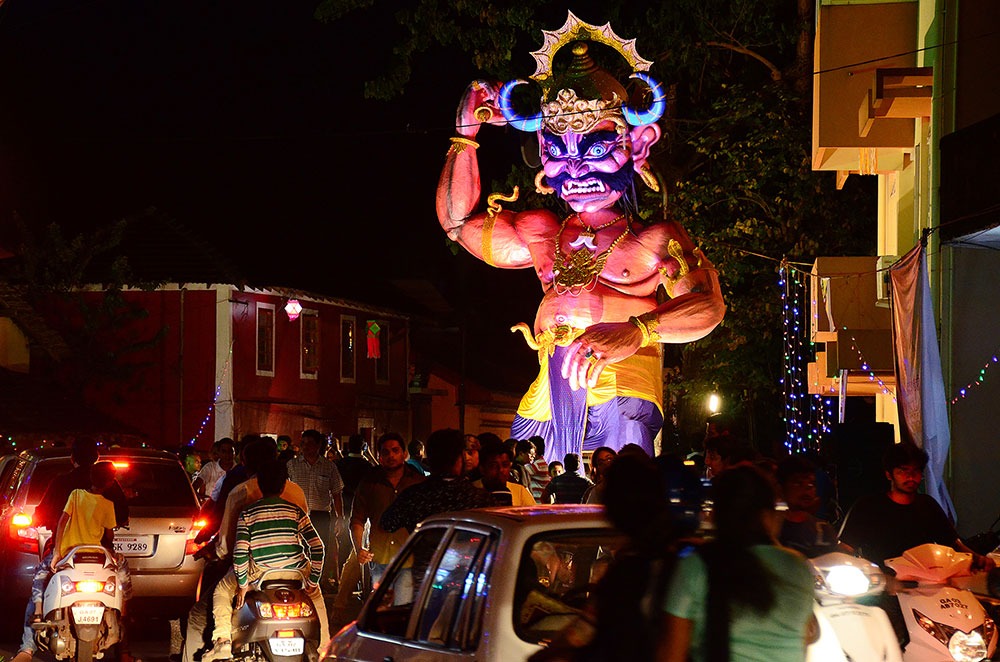 Goemkarponn desk
PONDA: Earlier this week, Power Minister Sudin Dhavlikar said that giving donations to Narkasur Competition should be stopped and even hailed Revenue Minister Babush Monserrate for not providing the same to make effigies in his constituency.
On the other hand, Tourism Minister Rohan briefing had replied that Narkasur effigies are made in every village and that this practice is not developed by him.
“Narkasur is inseprable part of Diwali. We Can’t think of celebrating Diwali without burning Narkasura effigy. It’s only entertainment for our children for Diwali,” said Ponda local Kishore Naik.
This year’s first-time Tourism Department has organised the Narkasur effigy contest scheduled on 23 October. Whether Diwali should be celebrated with or without burning Narkasura effigy or competitions is a hot topic of discussion in public places, including tea stalls, after three Ministers in Goa Government made a different statement on the issue.
Reacting to this, people said this is an age-old practice and can’t stop suddenly.
“Without burning Narkasura, there is no feeling of Diwali, said locals Marcaim and Ponda. We can’t imagine that We are celebrating Diwali without burning Narkasur effigy, whether it is big or small, in a traditional manner,” said Anand Naik at Marcaim.
Vishal Fadte social worker at Ponda said the whole celebration was about victory over evil.
“For the past fifty years of my age, I am witnessing it. Without what is bad, how would the young generation understand what is good? How can we stop this traditional practice? There is a craze among young children at the time of Diwali to celebrate the festival by burning Narkasur effigy,” he said.
Mahesh Naik said On Diwali day early morning, Narkasur effigy is burnt, lit the earthen lamp in every house as a victory of good over evil. Takes a bath and eats beaten rice (poha), but if there is no burning of Narkasura effigy, there is no feeling of eating poha or celebrating Diwali.
Locals said that even during floats, youths spend days and nights for one to two months. Similar manner, they spend their time preparing Narkasur effigies.