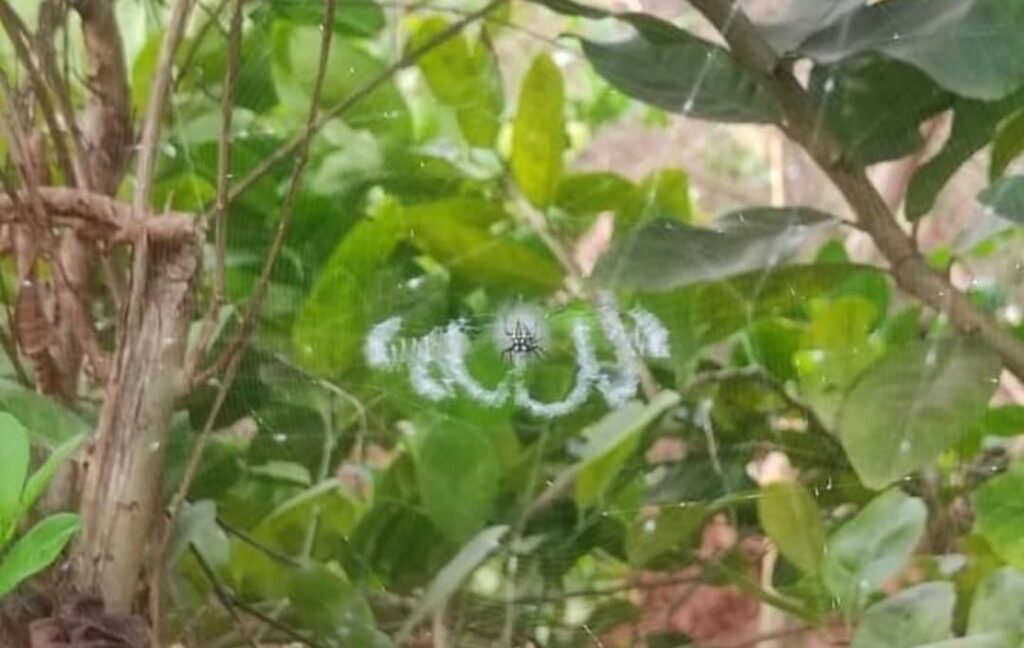 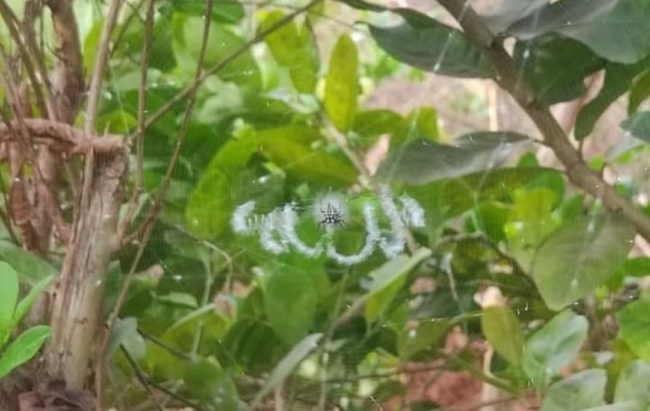 PONDA: The name Allah in Arabic has been found engraved in a spider web, in the midst of bushes in Bonbag –Durghabhat, Ponda .

The cob web is now framed and preserved by the locals and is for display for the public.

The cob web is exclaimed to be a miracle by the Muslim residents of the area. Spiders and cob webs are a sign of protection in the Islamic scriptures and is considered a blessing in Islam.

In Islam it is said Allah has created the system in the spider’s web to be far more complex and immaculate than was understood until recently. Flying insects are covered in pollens and substances that can be transported in the air.

According to the laws of physics, in order for one substance to adhere to another, they have to be oppositely charged; therefore, there need to be positive and negative charges for an insect to stick to the web because identical poles repel one another.

Otherwise the insect would not stick to the web, and could thus easily escape. Yet just at that moment something totally unexpected happens. The web sticks to the insect because there is something about the spider’s web that defies the laws of physics.

Dr. Ketan Bhatikar former MGP Ponda Member expressed his views on this discovery “I was shocked to see name Allah written on Spider’s web. I went there and was very happy to see this miracle live. I believe we all are one and we need to be united having faith in all religions and respectful to all sentiments” said Dr. Bhatikar.